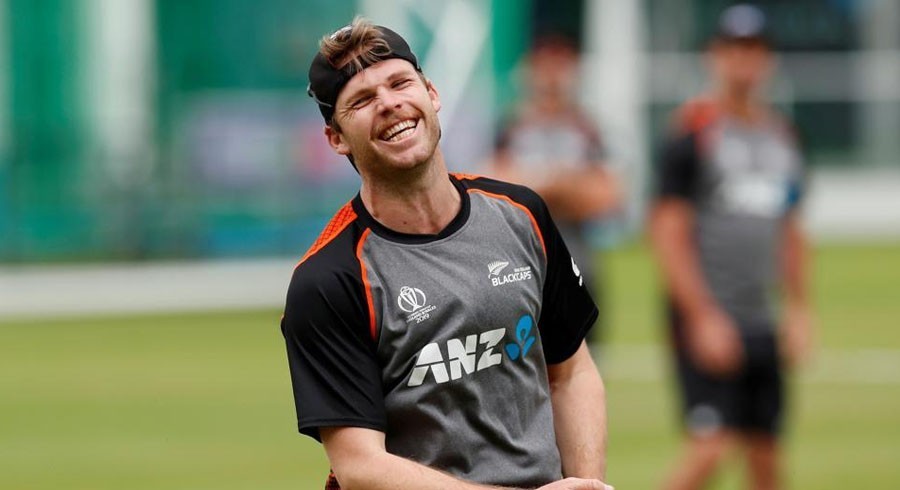 New Zealand pacer Lockie Ferguson is eager to resume his cruelly stalled Test career but recognises that he has a fight on his hands to make the side this summer.

The 29-year-old Ferguson, who has been an almost certain pick in the New Zealand limited overs side since late 2016, made his long awaited Test debut last year against Australia.

His dream, however, lasted just 11 overs before he limped off with a calf injury in the sapping heat in Perth.

His Auckland team mate Kyle Jamieson then seized his own opportunity to establish his Test credentials and took nine wickets in the two-test series against India, to give coach Gary Stead substantial depth in the pace bowling department.

“The Test side is a really tough team to make, there is so much depth,” Ferguson told reporters from his mandatory isolation facility in Christchurch after he returned from the Indian Premier League last week.

The side’s “big three” - Trent Boult, Tim Southee and Neil Wagner - “have been so successful for a long period of time,” Ferguson said.

“When you see the depth, Kyle Jamieson ... coming through and taking his opportunity and playing very well, puts pressure on other bowlers to perform well all through the levels.

“I think it’s great. For me, honestly, if it means I’ve got to work hard to get an opportunity and have a chance for that side ... I’ll do everything I can to take it with open arms.”

Ferguson was not named in the 13-man Test squad to face West Indies in two games starting on December 3 but retained for the three Twenty20 matches, which start on Friday in Auckland.

The right-armer will only be released from isolation on Thursday along with Jimmy Neesham, Mitchell Santner and Tim Seifert to link with the Twenty20 side.

New Zealand captain Kane Williamson and left-arm quick Boult, who are also in isolation, have been rested ahead of the Test series.