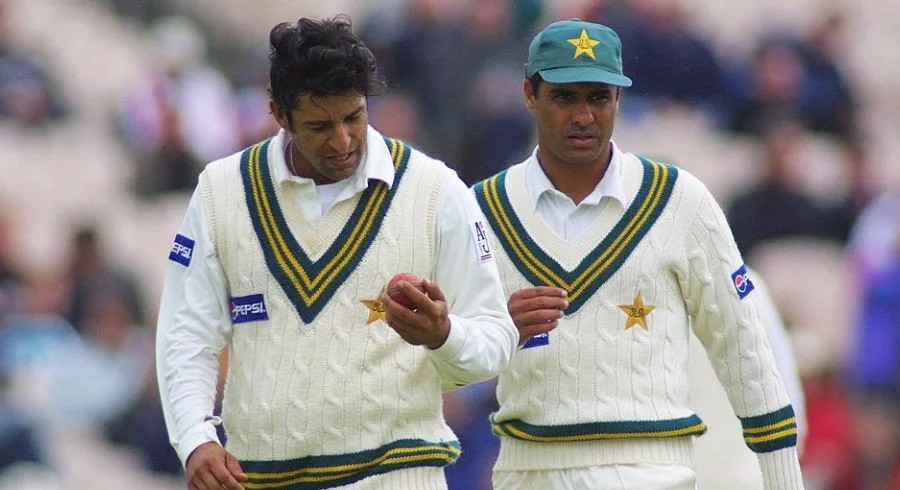 Former Pakistan captain Saleem Malik has made extraordinary claims against the pace duo of Wasim Akram and Waqar Younis in an interview with a local media outlet.

Soon after lifting the 1992 World Cup, Pakistan needed a new leader and Saleem Malik was handed the responsibility of leading the side from 1993 to 1995.

However, Saleem claims that both Wasim Akram and Waqar Younis both were furious about the decision and he received a cold shoulder from both the players.

"Wasim and Waqar were my support but as a professional, they would concentrate on their performances. Do you know that they both (Wasim and Waqar) wouldn't speak to me because I was made the captain? I even talked to them about it a couple of times. When I would ask them to bowl, they would snatch the ball from me. I had become the captain whereas Wasim and Waqar wanted it," Malik told a local media outlet.

Malik captained Pakistan in 34 ODIs and 12 Tests, winning 21 and seven matches respectively. However, his captaincy stint last approximately a year later. The reasons behind it, as Malik claims, is due to outside politics."They weren't talking to me and still, we won the series. I would tell him 'Waz, you are the world's No. 1 bowler. If you get wickets or not, it won't affect me because it's your own reputation. Waqar would surely get 5 wickets but. That's how I made him operate. And I would use the same ploy on Waqar. This is what is called management. I used my brain to make sure they kept performing."

"In the series against South Africa, we had won 5 matches out of six. Because I was winning matches and series for Pakistan, some people had a problem with it. How to counter? What should we do so that he is removed? I didn't understand back then what was happening because I was not part of any politics," Malik pointed out.

Saleem Malik was found guilty of match-fixing and was banned for life after a judicial inquiry in 2000 in one of the most high-profile corruption cases in the game. Former Australian cricketers Shane Warne, Mark Waugh and Tim May had accused him of offering them bribes to underperform during their tour of Pakistan in 1994-95.