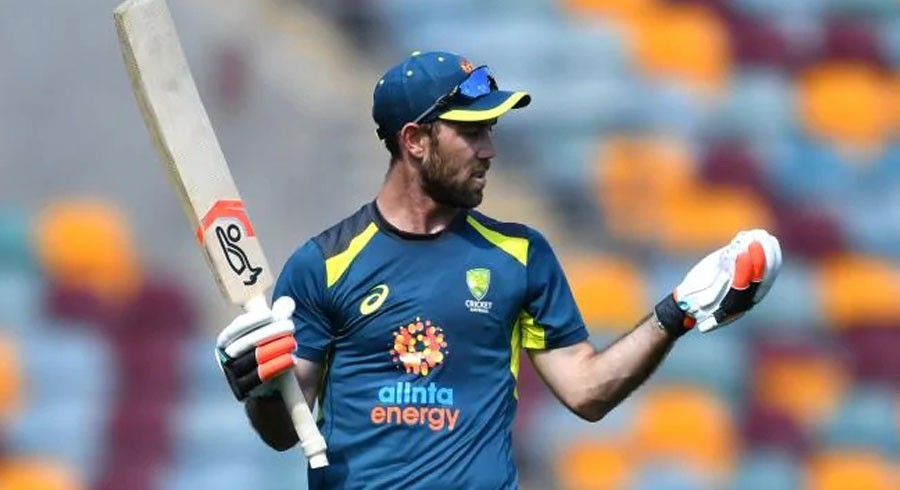 Australian all-rounder Glenn Maxwell has opened up about his mental health demons which forced him to take a temporary break from cricket in October last year.

While speaking on the Ordineroli Speaking podcast, the 31-year-old explained how his fiancé Vini Raman noticed his struggles and supported him through the difficult time.

"I think the first time she [Raman] noticed I wasn't myself was in the Marsh Cup at the start of the summer," Maxwell said. "I think I was up to about eight months away from home at that stage. I was just cooked, I was tired and I was about to go into another series.  I was already thinking about how I was going to get better and where I was going to be at the end of the summer, my mind was just racing, I was thinking so far ahead. I just completely forgot about what I was doing in the moment, and she [Raman] knew that straight away.’’

"I think when we got back to Melbourne, I was finally able to see some family, I still wasn't my energetic, bubbly self. I wasn't happy, basically, and it wasn't something I noticed, I thought I was tired, it was just one of those things...I'll push through it," he added.

After opening up to his fiancé, the hard-hitting all-rounder confided in Australian head coach Justin Langer, who advised him to see the team’s psychologist.

‘‘I was so anxious, worried, scared about that first conversation I was going to have with someone about it, after speaking to Vini,’’ he said. ‘‘It was a little floating comment that JL (Justin Langer) made during training that probably ignited the conversation. I was batting in the nets and he said 'how are you going?' and I said 'not great'."

Despite his struggles and not enjoying the game, Maxwell continued to play and took part in the first two Twenty20 Internationals (T20Is) against Sri Lanka.

"I batted so well, I got 60-odd off less than 30 (balls) and barely missed the middle...but didn't really enjoy any of it," Maxwell said.  "I was lucky to be on the mic in the field that day, it distracted me and allowed me to think about other people.’’

"Sometimes when you're not on the mic, you get lost in the field and I found that was happening a lot in those games before the T20 series, I was off with the fairies in the field," he added.

However, after Australia took an unassailable two-nil lead against Sri Lanka in the series, he decided to tell his teammates about what he is going through and step away from the game.

"I was about to announce it to the group, they had no idea what was going on, I didn't even tell [Aaron] Finchy," Maxwell said.  "I didn't want them to be distracted by what was going on with me.  I went over to him [Finch] and said 'I'm done, I'm going to have a bit of time off', and he said he noticed something was up. Once I told him, he was like, 'brave decision, well done'. Once everyone left, I broke down into tears, it was more...that was the first time I showed any emotion...since the World Cup.’’

"Those next two or three days were probably the worst I'd had in the next six months. As much as support was great, it was also so confronting...I wanted to go further into my little hole and not come out. I felt like I was letting a lot of people down, I felt like I was taking an easy-out, I didn't know what I was doing."

The all-rounder was diagnosed with a 'mild depression' and an extreme case of 'sporting anxiety'.

Maxwell eventually made his comeback in the Big Bash League (BBL) leading the Melbourne Stars, and went on to be named in the BBL's team of the tournament.

"It was basically hampering every relationship I had," Maxwell said. "The worst part of it (his comeback) was putting the pads on for the first time in over a month, and I felt myself getting emotional just over that. [It was] fear, am I doing this too soon...I actually started thinking 'do I even like cricket?’ The following week when I played, things started to feel more normal...I enjoyed the experience of cricket again.’’

"It was the joy of playing the game with your mates again. That was a massive step, I think about five-six weeks after [the break]," he added.