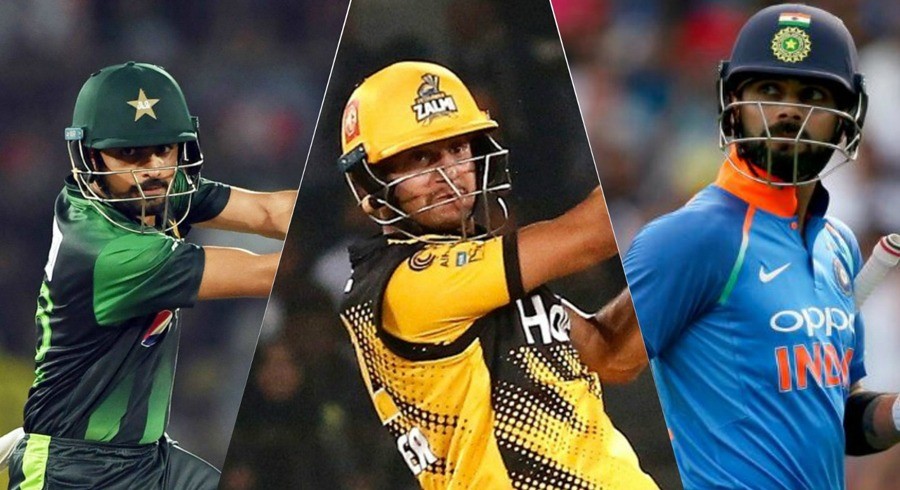 While speaking in a Youtube video, the rookie batsman said that he admires Babar’s stroke play and wants to make a name for himself like the number one ranked T20I batsman.

‘‘A batsman can never become like his role models, but can improve himself and develop shots like they play,’’ Haider said. ‘‘I want to improve myself to the extent that people call me Babar Azam and not Kohli because Babar has good shots.’’

‘‘I cannot become Kohli but can develop shots like him through practice. I'm Haider Ali so I can only become Haider Ali,’’ he added.

The 19-year-old also revealed how Babar supported and motivated him during their various interactions.

‘‘I met Babar Azam during the first class tournament and he gave me tips regarding my batting,’’ he said. ‘‘We also get to learn a lot from him in the National Cricket Academy in Lahore. He also supported me during PSL by boosting my confidence and advising me to keep scoring runs and leave the rest to Allah Almighty."

Earlier this week, former Pakistan cricketer Ramiz Raja advised Haider to emulate the batting approach of the aforementioned duo in order to improve his game.

‘‘Haider needs to follow the approach of Babar Azam and Virat Kohli. These two doesn’t improvise much and rely mainly on conventional shots,’’ Ramiz said. ‘‘Haider has similar talent as Babar and Kohli, but just needs to work on his game awareness and play longer innings.’’

People are calling for Haider’s inclusion in Pakistan’s T20I side after his impressive performance in the fifth season of HBL PSL.  The right-hand batsman scored 239 runs in nine innings at an average of 29.87 and a strike-rate of 158.27.

The Attock-born cricketer said that he is up for the challenge if he is selected in the national side.

‘‘The decision rests with Misbah bhai but I am completely ready [for the T20 World Cup],’’ he said. ‘‘Selectors and coaches have to take the call regarding when and where a cricketer should get an opportunity but I am ready.’’