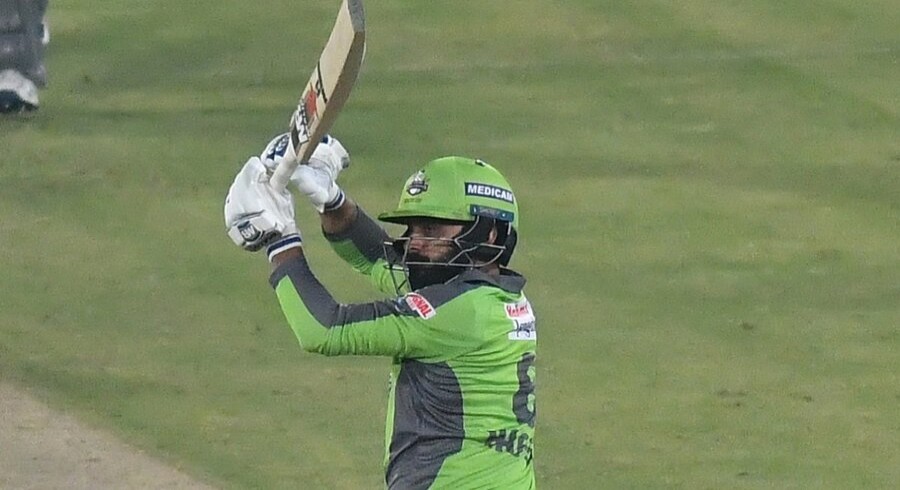 Qalandars made a cautious start to their innings, after being asked to bat first by Sultans. Lahore captain Sohail Akhtar struggled to get going as he scored only seven from 12 before he was caught at midwicket by Usman Qadir as he tried to take on Carlos Brathwaite.

Emerging pacer Shahnawaz Dhani continued to impress as he removed Fakhar Zaman in his second over, who was caught behind by Mohammad Rizwan for nine.

With Lahore at 25-2 after the end of powerplay, inform all-rounder Mohammad Hafeez decided to accelerate against Shahid Afridi in his first over and smashed a six over his head.

Denly took a cue from Hafeez and attacked Afridi after being initially on eight runs from 14 balls.

After Afridi, Hafeez took a liking to Usman Qadir as he hit the leg-spinner for a four and six on consecutive balls. The veteran batsman continued to up the ante as he reached his fifty in just 27 deliveries.

Brathwaite returned into attack after timeout to break the 89-run stand as Denly was caught behind by Rizwan after scoring 31 from 29. The West Indian all-rounder was the pick of the bowlers as he finished with 2/19 in 4 overs.

Dunk didn’t stay for long as he edged a delivery from Qadir straight to Afridi.

Sultans got a lucky break in the 17th over as a mix-up in the middle led to the dismissal of Hafeez for 60.

Samit Patel tried to provide a strong finish with his unbeaten 26-run knock from 20 balls, but excellent death bowling by Sohail Khan restricted Qalandars to 157-6.