Haris Rauf, now the most experienced bowler in this Pakistan pace attack, is looking forward to a partnership with Naseem

Pakistan Cricket Board in Abu Dhabi 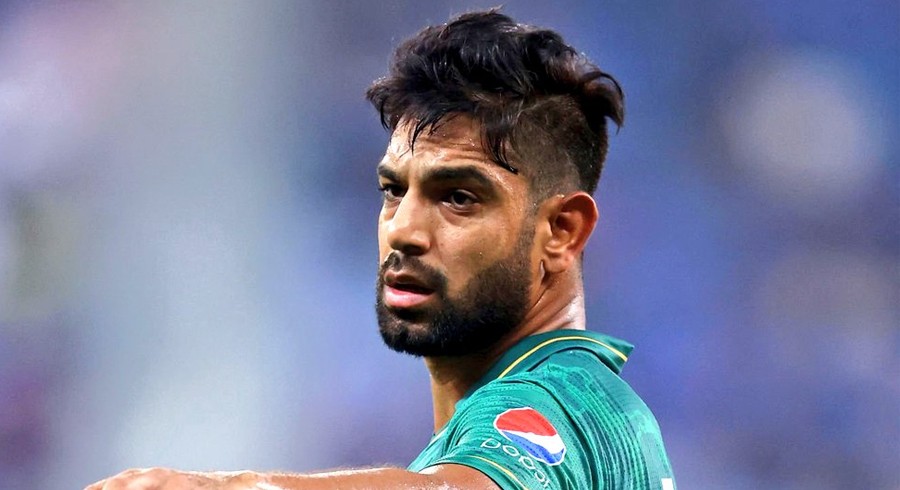 Pakistan’s ACC T20 Asia Cup 2022 campaign had hit a major roadblock even before it began when their premier fast bowler Shaheen Afridi was ruled out due to a knee injury. A few days before the team’s tournament opener, fast bowling all-rounder Mohammad Wasim Jnr was declared unfit for the tournament due to a side strain. Now, Pakistan will take on India in their opening Super-4 game on Sunday without Shahnawaz Dahani, who has been advised rest for after pikcing up a suspected a side strain injury during the Hong Kong match on Friday.

However, such is the depth of Pakistan’s pace bowling arsenal that despite these setbacks, the country’s pacers have rocked Dubai and Sharjah conditions with their sizzling bouncers, scorching yorkers and wily cutters.

Naseem Shah has been a revelation. He accounted for KL Rahul in his maiden over in T20I cricket last Sunday and uprooted the off-stumps of a dangerous-looking Suryakumar Yadav. On Friday, he sent two Hong Kong batters back to the pavilion in a space of three balls, which provided a solid start to Pakistan’s defence of 194. Hong Kong, eventually, were bowled out for 38 as Pakistan recorded their biggest T20I win in terms of runs.

Naseem sits fourth alongside Shadab Khan on the list of bowlers with most wickets, but what stands out is his strike-rate of nine – meaning he is taking a wicket every second over.

Haris Rauf, now the most experienced bowler in this Pakistan pace attack, is looking forward to a partnership with Naseem. With these two bowlers’ ability to constantly click above 145kph, swing the ball in the air and seam off the pitch, they promise to pose a threat to India, Afghanistan and Sri Lanka over the next week.

“I am really happy with the performance of my bowling line-up,” Haris told PCB Digital ahead of Pakistan’s Super 4 clash against India on Sunday in Dubai. “We kept it tight in the first match against India and got a thumping win against Hong Kong. We will try to keep this momentum in the Super 4 stage of the tournament.

“Bowling partnerships are very important in this format of the game and I am really enjoying bowling with the young sensation Naseem Shah. Because of his searing pace, he keeps the opponents on the backfoot, which gives edge to the other bowlers.”

It is not only the pace arsenal that has delivered for Pakistan. Pakistan spinners in vice-captain Shadab Khan and Mohammad Nawaz (leading wicket-taker in group stages with six scalps) have been extraordinary, denying scoring opportunities and striking at crucial junctures.

On the batting front, the promise of hard-hitting middle-order came true on Friday when Khushdil Shah spanked four sixes in the last five balls of the innings against Hong Kong. Top-order Mohammad Rizwan, Pakistan’s most successful batter since the start of 2021, has been the tournament’s most successful batter with 121 runs, while Fakhar Zaman also scored a half-century while showing signs of form.

Although Babar Azam is due to some runs, this sets Pakistan up well for the match against India, and Haris is confident about his team’s chances on Sunday.

“India-Pakistan games are always high intensity matches and we are confident to produce a competitive clash on Sunday. It was a nail-biter last Sunday, which went into the last over but 4 September will be a new date and we are hopeful to cross the line this time in Dubai.”

Pakistan face Afghanistan and Sri Lanka on Wednesday and Friday.