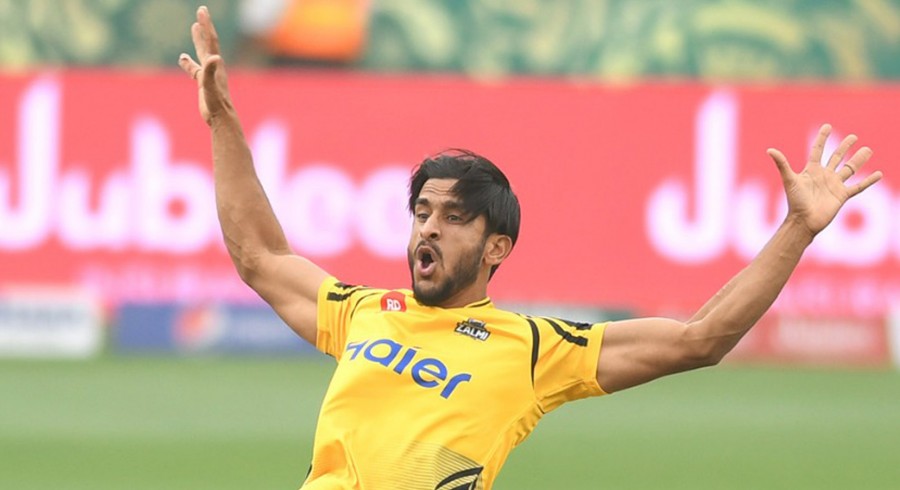 Pakistan pacer Hasan Ali is keen to put up a good show at the 2019 International Cricket Council (ICC) World Cup in England and Wales.

The right-arm fast-bowler quickly shot to fame after the 2017 ICC Champions Trophy, where he was the player of the tournament.

He is currently representing Peshawar Zalmi during the ongoing HBL Pakistan Super League (PSL) and has picked up 22 wickets in 12 matches.

While speaking in an exclusive interview with pakpassion.net, Ali said that he will give his 100 per cent at the mega event — similar to what he has been doing all along while playing cricket.

“I am really pleased with my form at the moment and things are building up nicely ahead of the World Cup later this year. The challenge is to continue the good form and make it count at the World Cup,” said Ali. “I am someone who gives 100% whether I am playing against my friends in the street or in international cricket and that's the way it should be.”

The 24-year-old also talked about the challenges of international cricket with special emphasis on staying fit.

“It's not straight forward as you have to adjust to the challenges and rigours of all three formats. The biggest challenge I believe is to stay fit and ensure that your body can cope with the demands of playing all three formats,” he said. “I'm lucky that my body copes well with such challenges and I just want to be on the team-sheet for my country in whatever match it is, whichever format and wherever it is.”

He also stressed on the importance of being mentally strong, while talking about modern-day cricket being skewed in favour of batsmen.

“It's not easy going for bowlers these days. We are quite often seeing 400 runs being scored in ODI innings which is tough for bowlers,” he said. “I am a firm believer in the theory that you have to have a clear mind of what you are going to bowl, you have to be clear in what your strengths are as a bowler and you have to ensure that your preparation for the opposition is spot-on.”

Shaheen Shah Afridi is another prominent name who is quickly stealing the limelight and sharing his thoughts on the young left-arm pacer, Ali said that he has a bright future ahead of him.

“He is young, he is learning, but already he has a wise head on his young shoulders,” he said. “He has been a brilliant find for Pakistan cricket and he could be one of our trump cards at the World Cup. He's an excellent teammate and a guy who I really enjoy bowling alongside.”

Ali — who has more than 100 international wickets to his name — also spoke about the role played by Pakistan bowling coach Azhar Mahmood in his development as a cricketer.

“All the good things regarding my bowling successes in international cricket have been down to Azhar Mahmood. I am constantly in touch with him, even when I am playing in domestic cricket or at the Pakistan Super League and getting advice and guidance from him,” he said. “He has an immense amount of experience having played all around the world and learning from him and utilising his experience has been really good for me and the rest of the Pakistani pace bowlers.”