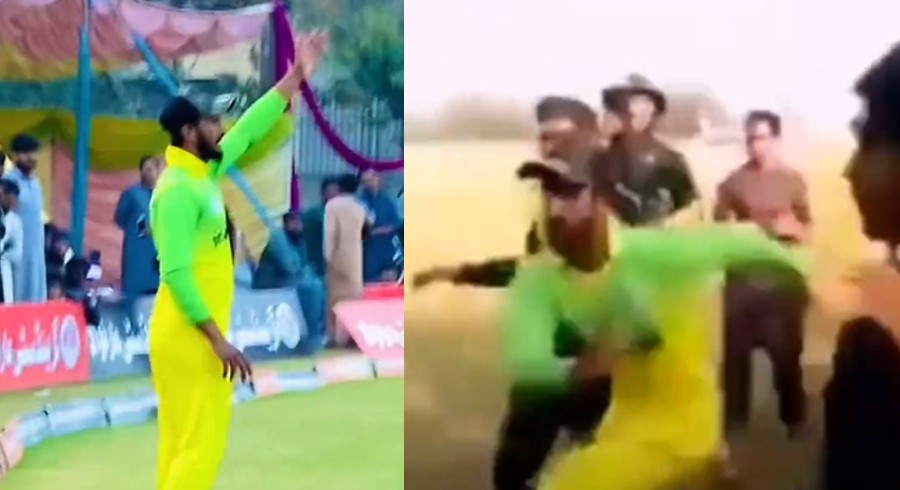 Pakistan pacer Hasan Ali was abused by the local people of Arif Wala during a club game.

According to details, the 28-year-old went to play Arifwala for a match where the crowd misbehaved with the national star and shouted at him.

One individual even reminded Hasan of a dropped catch of Matthew Wade in the T20 World Cup 2021 semi-final. Another individual said that you are not included in the squad. Due to inappropriate language, Hasan Ali lost his temper and cool.

The video went viral on social media and netizens reacted strongly to the incident, asking people to respect the cricketers.