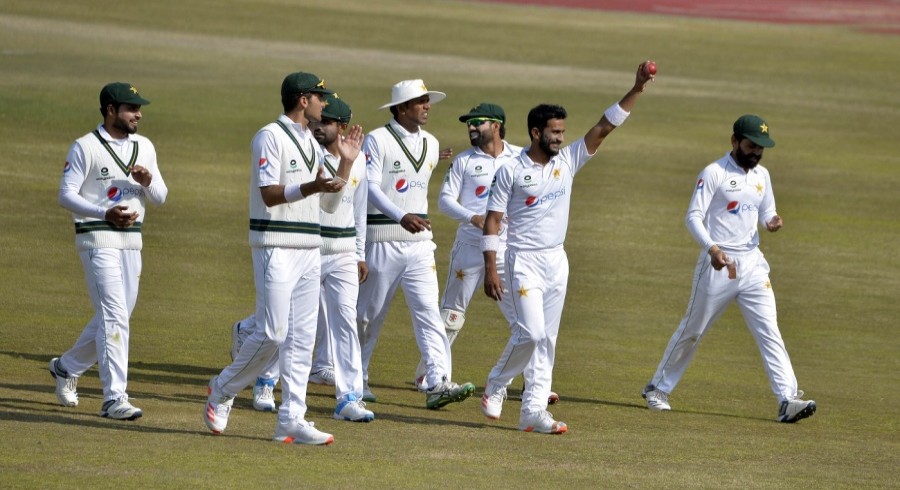 Right-arm pacer Hasan Ali has revealed the advice Pakistan bowling coach Waqar Younis gave during the lunch break on day five, which brought the Men in Green back into the second Test against South Africa.

Chasing a target of 370 for victory, which would have been a Test record in Pakistan, South Africa were well placed at 241 for three just after lunch on the fifth day following a century from Aiden Markram (108).

But when the home side took the new ball, Hasan (5/60) and Shaheen Afridi (4/51) decimated the South African middle order with expert swing bowling to dismiss the visitors for 274.

“Vicky Bhai [Waqar Younis] told us to not give up and keep hitting the ball on the right areas. There was variable bounce for fast-bowlers on the pitch, so our plan was to keep bowling stump to stump. He said once you get one wicket, others will follow and that’s what happened,” said Hasan while speaking to reporters.

“We were also waiting for the new ball and it worked for us,” he added.

Hasan took career-best figures of 10/114 in the match as South Africa lost their last seven wickets for the addition of only 33 runs.

“It was outstanding from Hasan because he has awareness and took advantage of the experience of playing here [Rawalpindi],” said Babar.

“At one time, we thought the game could've gone either way when Markram and Bavuma were playing well. But we knew, one wicket and we can come back into the game again,” he added.