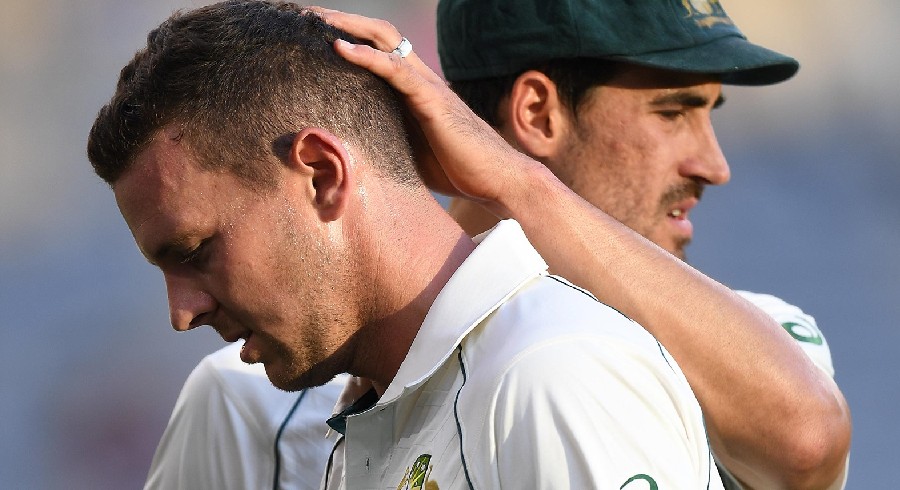 Australia fast bowler Josh Hazlewood has been ruled out of the fifth and final Ashes Test against England with coach Justin Langer expecting the 30-year-old to be back in action in the one-day home series against New Zealand later this month.

Hazlewood has been sidelined since sustaining a side strain during Australia's nine-wicket victory in the Ashes opener at the Gabba.

"We thought Josh Hazlewood was coming back into the team. Unfortunately, Josh hasn't come up. Hopefully, he'll be right for the white ball games," Langer told reporters after the third day's play in the fourth Test in Sydney.

"It's been really tough on him. He's been really hanging out to play this Ashes series like everyone. He's missed three games, he's one of our premier fast bowlers."

Australia's remarkable pace depth has ensured the home side, who boast an unassailable 3-0 lead in the five-match series, did not really miss Hazlewood.

In his absence, Jhye Richardson impressed in Adelaide while Scott Boland produced a man-of-the-match-winning performance in his debut Test in Melbourne and was retained for the ongoing fourth Test in Sydney.

Boland was sent for scans after his awkward fall while bowling the final ball of Friday's second session but Langer said the 32-year-old Victorian would be ready to bowl when England resume on 258-7 on Saturday.

"He was actually alright to bowl tonight," the coach said.

"Thankfully there are no fractures. He's going to be sore in the cartilage between his ribs, but hopefully, he'll be right to bowl tomorrow or in the second inning."