Team losing the contest will be knocked out of PSL4 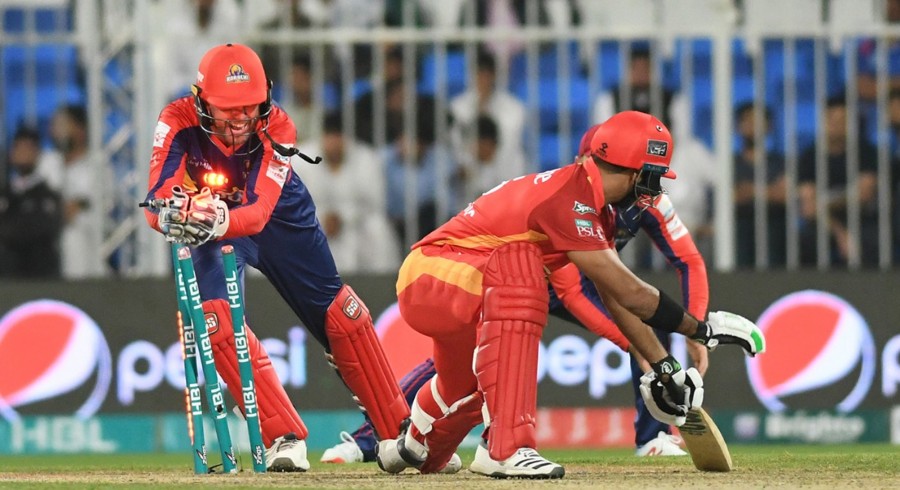 Defending champions Islamabad United will take on Karachi Kings in the eliminator of Habib Bank Limited (HBL) Pakistan Super League (PSL), at the National Stadium in Karachi on Thursday, March 14.

United are coming into the match on the back of a batting powershow against Lahore Qalandars, which earned them a comprehensive victory and a place in the play-offs.

United batsmen plundered 238-3 in their allotted 20 overs — which was the highest score in PSL history — and ended up winning the contest by 49 runs.

The Mohammad Sami-led unit must feel confident about their chances heading into the match, bearing in mind their in-form batting lineup and a versatile bowling attack.

They have the likes of Cameron Delport, Luke Ronchi and the incoming Alex Hales to form the base of a formidable batting lineup.

The experience of pacer Sami along with seasoned campaigner Faheem Ashraf and talented young fast-bowler Mohammad Musa adds a lot of potency to the bowling arsenal.

On the other hand, the Kings were rolled over easily by Peshawar Zalmi in the final group stage match of the tournament. Chasing a target of 204 runs, Kings were bundled out for just 142 inside 17 overs.

The Kings have been unpredictable throughout the tournament due to their performances and you never know what to expect from them. With one of the cases in point being their improbable win against Quetta Gladiators, few days back in Karachi.

A lot will be expected from opener Babar Azam and middle-order batsman Colin Ingram, to come good with the bat.

While in the bowling department, Mohammad Amir’s good show in the previous game, claimed figures of 3-24 against Zalmi, was a welcoming sight for the Kings. Young left-arm spinner Umer Khan has been a revelation in the spin department while you can always expect Usman Khan Shinwari to pull something out of the hat.

After smacking a brilliant century in the last game, United will pin high hopes on opener Cameron Delport to have another good outing with the bat.

Ashraf claimed record-breaking figures of 6-19 against Qalandars in the previous game and is currently the second highest wicket-taker in the tournament with 19 wickets from ten games.

For the Kings, Ingram’s rich vein of form has kept their batting lineup from completely falling apart. He is currently the second highest run-scorer in HBL PSL4 with 321 runs to his credit, at an impressive strike-rate of 166.32.

Despite the presence of pacers Amir, Shinwari and Sohail Khan, Umer Khan has been the pick of the Kings’ bowlers in the tournament and he deserves a lot of praise for that. His skilful bowling has outfoxed even the best batsmen in the business and this is something he will be looking to replicate in the upcoming eliminator.

In the first four matches played this year at the venue, thrice the team batting first posted a total in excess of 190.