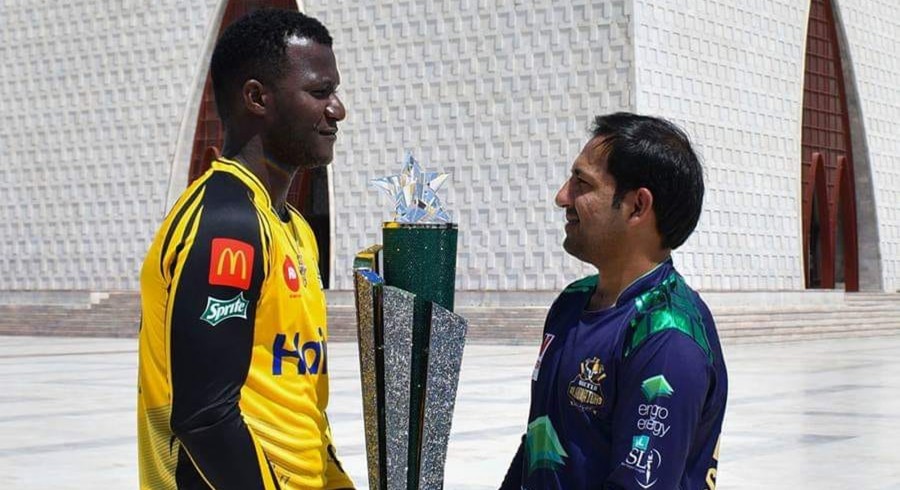 While talking to Cricket Pakistan in an exclusive interview, he said that they will give it their all and hope for a positive outcome.

“Our preparations are good. We hope we can take advantage of this opportunity and perform well. We will try to win the final,” said Sarfaraz.

Quetta Gladiators have won all their games against Peshawar Zalmi in the current edition of the PSL. Sarfaraz, however, says that it does not give them the advantage as the final is a different ball game.

“I don’t think we have the advantage. They have a good combination. They have momentum. The final will be in a different atmosphere and there will be more pressure than the playoffs. We will do our best and try to win,” he said. “It’s not an easy team to beat. So we will have to be at our best to win.”

The 31 year-old was also of the opinion that spin is an integral part of the Gladiators unit, while talking about the potential absence of leg-spinner Fawad Ahmed.

“Fawad’s injury is a big loss. We will see if he is better and can bowl,” he said. “The spinners have bowled really well for us. Nawaz and Fawad have done a great job for us.”

The Gladiators are playing at their full strength for the first time. In the previous editions they were left without the services of most of their foreign players. Sarfaraz thinks that it is a big boost this time around.

“We are really hopeful. You play with a team and if they aren’t there it’s hard. So this time we are hopeful we can go all the way,” he said. “If he [Shane Watson] performs, he finishes it. You can look at his innings. So he is the type of player that can take the game away from the opposition. “

Watson bowled the last over in which Peshawar Zalmi required 20 runs. Sarfaraz said that he had an extensive discussion with Watson in order to get him to bowl the last over.

“He hadn’t bowled for 3 or 4 months. Fawad’s injury left us a bowler short. In the last over, I had a discussion with Watson. His experience was important for that stage,” he said. “We won the match because of that over.”

Ahmed Shehzad and Umar Akmal have been in a great form during HBL PSL4 — which is something the Pakistan wicketkeeper-batsman puts down to confidence.

“We didn’t do anything. They are talented players. They put in a lot of hard work in the nets. Players like them only require confidence,” he said. “They were performing in domestic. Here all eyes were on them.”

Pacer Mohammad Hasnain has been the find of the season in the ongoing PSL. Speaking about the young fast-bowler, the right-handed batsman stressed on the need to gradually ease him into the international setup.

“He is a promising fast bowler. We won’t thrust him in directly. The process is the same as Shaheen Afridi. This is why we have kept him with the team. He will be with the team, gain experience and if a chance comes up, play for the team,” he said.

The Gladiators captain also relished the opportunity of playing in Karachi and appreciated the crowd which has come, in large numbers, for every match.

“The atmosphere is great. I am very happy that we have this opportunity. We can play here and people can watch,” he said. “It has been a full house every match. So we have to give it to them. They cover a lot of hurdles. This gives out a good message to everyone.”