I had planned to target Sohail Tanvir’s over: Lewis Gregory 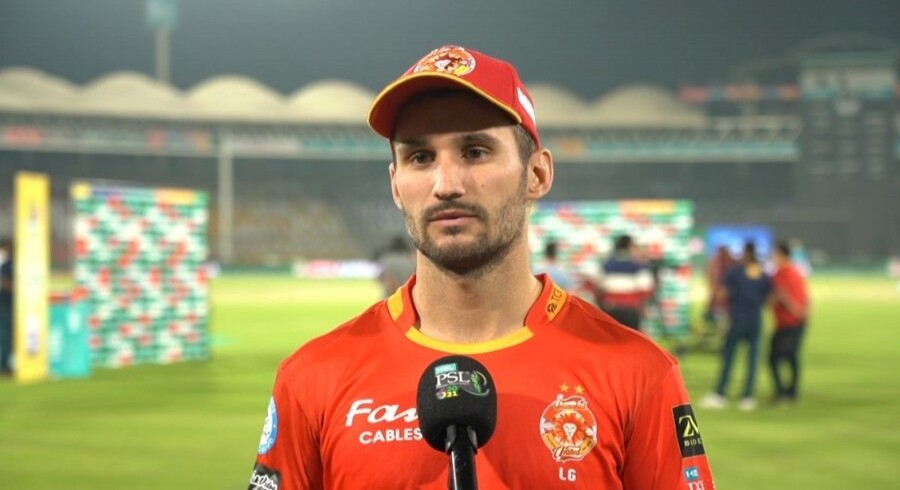 All-rounder Lewis Gregory revealed that he was waiting for left-arm pacer Sohail Tanvir’s over to up the ante during Islamabad United’s chase of 151 runs against Multan Sultans on Sunday at National Stadium, Karachi.

Gregory sealed the match for his side in the penultimate over as he smoked Sohail Tanvir for a six and three fours. The over began with United needing 20 off the last two and ended with the scores level.

“I’ve played with Sohail Tanvir at Somerset many years ago. I don’t know whether he remembers that, but that was the over I was going to target. It was a relatively short leg-side boundary, so I managed to find the gap a few times and luckily got us home,” said Gregory while speaking in post-match presser.

“We were always up with the run rate if not ahead for most of the run chase. I had the time to be able to face a few balls get used to the surface and get myself in take it deep and we know that’s relatively short boundaries with the quick outfield as well you knew that you could score a few of the last two-three overs,” he added.

Gregory also took two wickets with the ball and was happy to contribute with an all-round performance in United’s maiden win this season.

“It’s great to get a win on the board hopefully, can build a lot of confidence from that and, it's really nice to contribute in any form and a win is really nice,” he said.