'I was screaming': Wagner opens up on bowling with broken toes against Pakistan 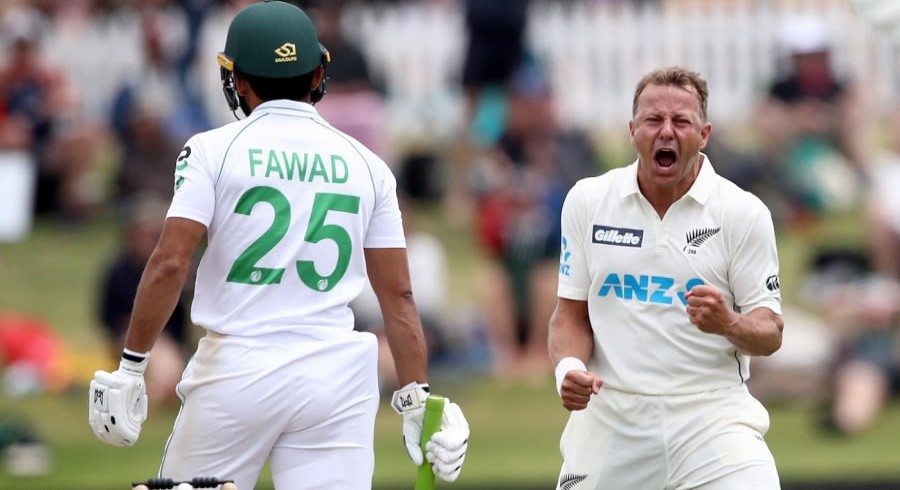 New Zealand quick Neil Wagner could not walk at the start of the final day of the first Test against Pakistan after breaking his toes but he said a burning desire to help his team pushed him through the pain barrier.

Wagner played the last three days of the match with broken toes after being hit by a Shaheen Afridi yorker in New Zealand’s first innings at the Bay Oval.

The left-arm quick battled through the pain and went on to claim two second innings wickets, including that of centurion Fawad Alam, as the hosts prevailed with 4.3 overs remaining on the final day.

“On the last day I couldn’t walk getting out of bed,” Wagner told 1 News. “I sort of fell to the ground quite frustrated and quite angry, and just wanted to get out there and play.

“As I tried to walk, the pain got worse and worse, and I got the frozen vegetables out of the fridge and a couple of icebags and tried to ice it a couple of times.”

Wagner said he was forced to take multiple injections to try and numb the pain.

“About the 12th injection on the day, I started screaming and squealing a bit and biting on the towel,” he said. “The injections helped for about two hours then you got to try and bite your teeth, grit and go through it.”

“I kept walking back to my mark saying to myself, ‘Just one wicket, just one wicket.’ The desire to help the team is just there, you know, and it sort of gets you through it.”

Wagner is expected to be sidelined for six weeks, with Canterbury fast bowler Matt Henry named as his replacement for the second Test, which begins on Sunday at Hagley Oval in Christchurch.