ICC Men's Player of the Month nominees for May revealed 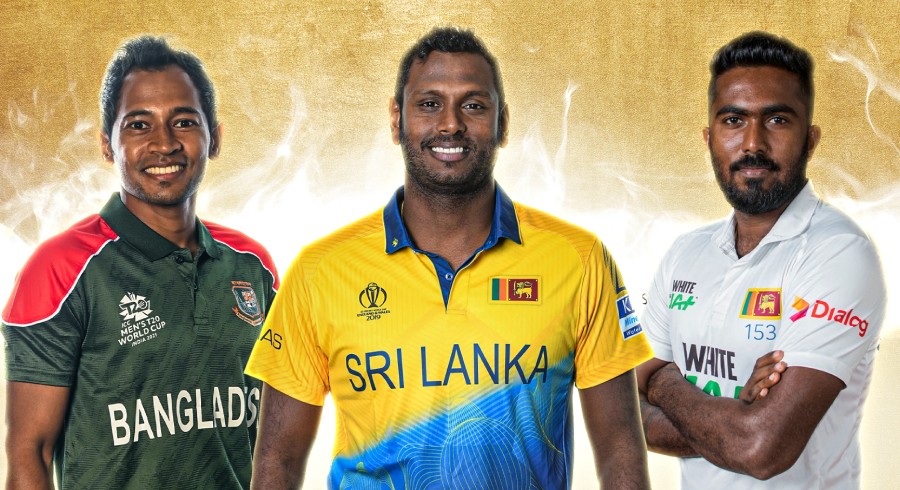 Three top stars from Asia have been shortlisted for the ICC Men's Player of the Month for May 2022.

The veteran Angelo Mathews brought all his experience into play during Sri Lanka's series win over Bangladesh away from home. He finished as the highest run-scorer in the series with 344 runs in two Tests that included two centuries.

In the first innings of the first Test, he came agonizingly close to what would have been his second double-century had he not been caught out slogging when he was on 199. Sri Lanka posted 397 on the back of his knock but Bangladesh managed to take a lead. The match eventually ended in a stalemate.

In the second game, he racked up another century and remained unbeaten on 145 in the first innings. Bangladesh had posted 365 in the first innings and Sri Lanka were in a spot of bother at 164/4 but Mathews stitched a 102-run stand with Dhananjaya de Silva and then added 199 runs with Dinesh Chandimal.

His brilliant performances were reflected in the last MRF Tyres ICC Men's Player Rankings update where he jumped six spots to No.15 in the Test batting charts.

It was a memorable series for Mushfqur Rahim despite ending up on the losing end. He finished as the second-highest run-getter with 303 runs and like Mathews, had two centuries to show for his efforts. In the opening Test, he also became the first Bangladesh player to score 5000 Test runs.

His 105 in the first Test helped Bangladesh take a 68-run lead. However, his second ton of the series came in more trying circumstances.

Bangladesh were 16/3 when Mushfiqur walked in to bat and soon the scoreboard read 24/5. It looked like Sri Lanka were going to run through the Tigers but he and Liton Das held the fort together. Both scored a century apiece and put on 272 runs for the sixth wicket as Bangladesh finished with a solid 365.

Unfortunately, Mushfiqur's incredible innings of 175* came in a losing cause. However, he rose eight places in the ICC Test Batters' rankings to No.17.

Asitha Fernando finished as the highest wicket-taker in the ICC World Test Championship series between Bangladesh and Sri Lanka. He picked up three wickets in the first match in the only innings Sri Lanka bowled. In the second game, though, he returned with 10 wickets in a match that eventually proved to be the difference between the two sides.

This is only the second time a Sri Lanka pacer has taken 10 wickets in an away Test.#BANvSL | #WTC23 pic.twitter.com/xRGUNwAFZI

Fernando accounted for the wickets of the experienced duo of Tamim Iqbal and Mominul Haque in the early Bangladesh collapse. He picked up two more wickets to help clean up the tail to finish with a four-for.

In the second innings, Fernando was unplayable. He scalped the openers early on to put Bangladesh on the backfoot. Liton and Shakib resisted with a fifty each but he got rid of both the set batters in quick succession.

He completed his maiden five-for with the wicket of Taijul Islam and finished with career-best figures of 6/51 with the final wicket that got Sri Lanka the win. He was duly awarded the Player of the Match for his ten-wicket match haul.