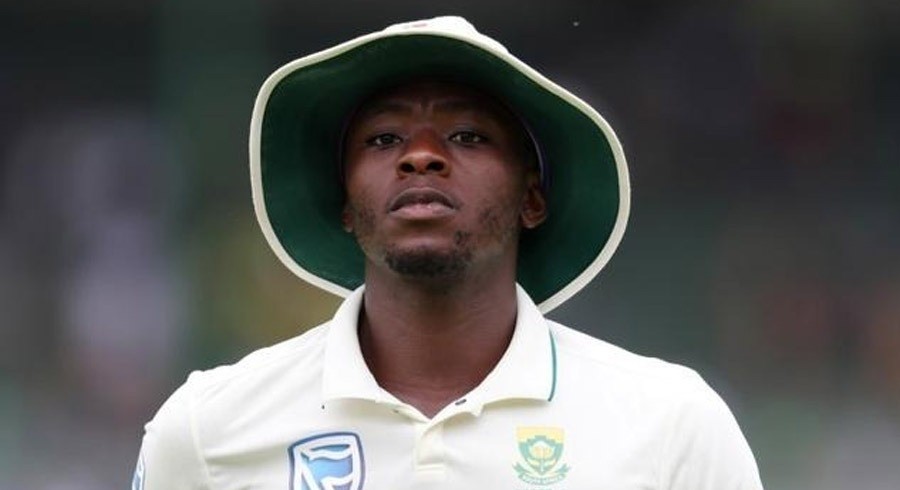 South Africa pacer Kagiso Rabada believes that the Proteas will have to be at the top of their game inorder to challenge Pakistan in the upcoming two-match Test series.

While speaking in a video released by Cricket South Africa (CSA), the pacer, who missed the home Test series against Sri Lanka after suffering an adductor muscle strain, said that the Men in Green will be a tough proposition in their own backyard.

"I'm expecting Pakistan to come out fighting. They've got some good players. It's not going to be easy. It's going to be a Test series we are going to have to earn the right to win. I'd love to go back home with a trophy in the bag," said Rabada.

"It would mean the world. We've just won against Sri Lanka and guys have taken a lot of confidence from that. It's our first time touring Pakistan and it would be nice to get a win and climb up the ladder in the Test championship and to restore even more confidence because we know the capabilities we have as a team. We need to start showing that again and building on that," he added.

The 25-year-old pace spearhead is expecting reverse swing to play a major role in the aforementioned series.

"The practice squares we have been playing on have been keeping low. There's not much lateral movement, especially when the ball gets older. We're suspecting that reverse swing is going to play a role," he said. "The batters will have to adjust to the ball not bouncing as much as it does in South Africa. That's always a challenge."

"We are probably going to have bowl straighter lines. This is cricket 101. We're not sure about how the venue is going to play but we have an idea," he added.

The two-match Test series between Pakistan and South Africa will begin with the first Test in Karachi starting on January 26.