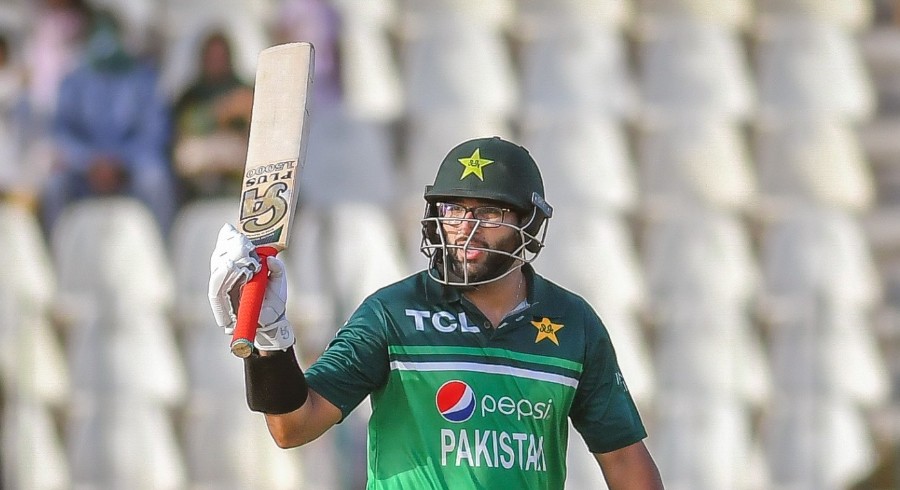 In th ICC Men’s ODI Player Rankings that has been updated after the third Zimbabwe versus Afghanistan match, the Pakistan versus West Indies series and the first match between Sri Lanka and Australia, Imam has moved up to take second spot behind captain Babar Azam after a Player of the Series effort of 65, 72 and 62.

This is the first instance of Pakistan batters grabbing the top two positions in the ODI rankings. Babar Azam holds the top spot with 892 rating points while Imam is at second with 815 points

On the other hand, England batter Joe Root is back at the top of the ICC Men’s Test Player Rankings after smashing a second successive century in the ongoing ICC World Test Championship series against New Zealand.

Joe Root is the new No.1 Test batter 🔥

Root, who had reached within striking distance of Marnus Labuschagne after the first Test, has wrested back the top spot from the Australia batter, whom he now leads by five rating points. Root is on 897 points after his knock of 176 in the first innings of the Nottingham Test, 20 less than his highest of 917 points.

Root first grabbed number one position in August 2015 and was last at the top in December 2021 before Labuschagne leapfrogged him. Root has been No.1 in Tests for 163 days so far. Steve Smith (1,506 days), Virat Kohli (469 days) and Kane Williamson (245 days) are the others to have had substantial vigils at the top in recent years.

Root’s compatriots, Player of the Match Jonny Bairstow and captain Ben Stokes have also had major gains. Bairstow’s 92-ball 136 that led the last day chase for an eventual five-wicket win, has moved up 13 places to 39th position while Stokes’s 75 not out has taken him from 27th to 22nd position.

Ollie Pope (up 22 places to 53rd) and Alex Lees (up 26 places to 86th) have also moved up the rankings for batters while seam bowler Matthew Potts has advanced 18 places to 59th after picking up three wickets in the match.

For New Zealand, Daryl Mitchell’s scores of 190 and 62 not out have lifted him 33 places to a career-best 17th position while Tom Blundell’s first innings century has helped him move up four places to 31st position. Devon Conway’s innings of 46 and 52 see him inch up one slot to 23rd. Fast bowler Trent Boult is up four places to ninth.

Meanwhile, Australia fast bowler Josh Hazlewood has moved up to number two and Pakistan’s Shaheen Afridi to number four in the bowlers’ list led by New Zealand’s Trent Boult. Spinners Mujeebur Rahman of Afghanistan, Akeal Hosein of the West Indies, Wanindu Hasaranga of Sri Lanka and Shadab Khan of Pakistan have also moved up the rankings for bowlers.

Meanwhile, Hazlewood has also moved back to number one in the ICC Men’s T20I Player Rankings while Maheesh Theekshana of Sri Lanka is up 16 places to eighth in the list. Australia spinner Ashton Agar (up three places to ninth), India seamer Bhuvaneshwar Kumar (up seven places to 11th) and spinner Yuzvendra Chahal (up four places to 26th) are the others to gain.

The rankings for batters sees Mohammad Rizwan gain one position to reach second in the list, also led by Babar. Aaron Finch has moved up one place to fifth while India’s Ishan Kishan has galloped 68 places to reach seventh position after aggregating  164 runs in three matches against South Africa.