It took India only 11.4 overs to chase down the target thanks to Smriti Mandhana's 63-run knock off only 42 deliveries 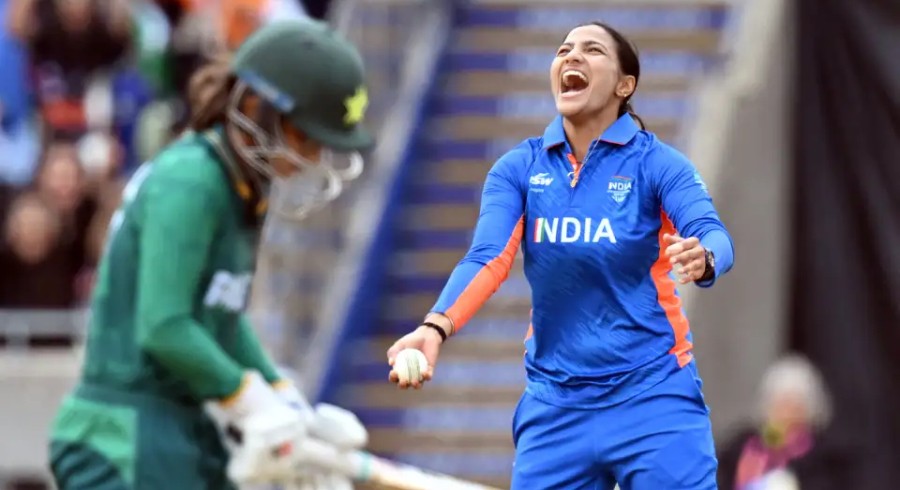 Following a splendid bowling display, India chased down the 99-run target with 8 wickets to spare to register a comprehensive victory over the Pakistan women's cricket team.

It took India only 11.4 overs to chase down the target thanks to Smriti Mandhana's 63-run knock off only 42 deliveries.

India chase down the 100-run target to win by eight wickets 🏏#B2022 | #BackOurGirls pic.twitter.com/L3xNqFOANQ

Tuba Hassan and Omaima Sohail were the only bowlers to pick up a wicket each as India cruised past the challenges posed by the rest of the Pakistani bowlers.

Shafail Verma (16) and Sabbineni Meghana (14) both looked in good touch as they contributed valuable runs to guide India towards a straightforward victory.

Earlier, Pakistan opener Muneeba Ali remained the pick of the batters as she score 32 off 30 deliveries. No other batter managed to cross the 20-run mark.

Omaima Sohail and Aliya Riaz both were run out following confusion between the wickets. Opener Iram Javed departed without scoring a run whereas captain Bismah Maroof only managed 17 runs before being trapped leg-before-wicket.

Sneh Rana and Radha Yadav both took two wickets each while Renuka Singh, Meghna Singh, and Shafail Verma picked up a wicket each.