‘It's quite evenly poised’: Azhar Ali after opening day of Christchurch Test 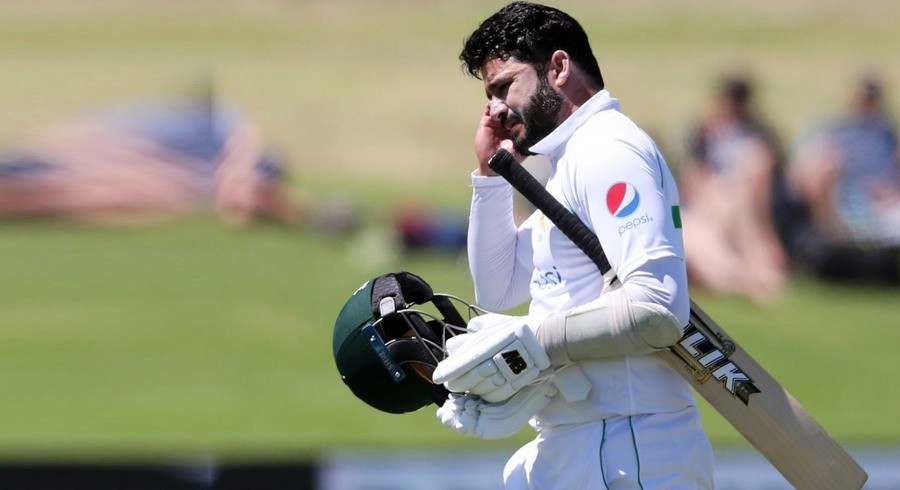 Kyle Jamieson took a five wicket haul as New Zealand bowled out Pakistan for 297, anchored by a sterling 93 from Azhar Ali on day one of the second Test between the two countries in Christchurch Sunday.

Jamieson, in only his sixth Test, had the figures of five for 69, the third five-wicket haul of his fledgling career.

New Zealand won the toss and bowled first on the green strip and as Jamieson found bounce and movement to claim wickets at one end, Azhar was defiant at the other, saying he enjoyed his battle with the two-metre-tall (6ft 8in) New Zealander while establishing key partnerships for Pakistan.

“Kyle is quite tall and bowling good lines and swinging the ball both ways. It was fun and also it was tough,” Azhar said, adding he believed 297 was a good score on the verdant Hagley Oval wicket with Pakistan all out at stumps.

“It's quite evenly poised. We have to bowl well and get New Zealand out quickly because if you get on a roll you can get quick wickets on this pitch.”

While the pitch favoured the bowlers, Jamieson said the overall conditions meant there was no room for error.

“At grounds like this when you need to be full it does provide scoring opportunities and it felt like we were beating the bat a lot and they were scoring freely and that's tough to get your head around,” he said.

After the early loss of Shan Masood, Azhar added 62 with Abid Ali, 88 with Mohammad Rizwan and 56 with Faheem Ashraf.

After holding the innings together for 172 deliveries, Azhar was caught at first slip by Ross Taylor off the bowling of Matt Henry who was called into the New Zealand side to replace Neil Wagner who broke two toes in the first Test.

It was an uncharacteristic shot from Azhar who, until then, had moved his feet and was prepared to leave most deliveries that did not require a shot, and when there were edges they fell safely.

He went to the middle early when Tim Southee accounted for Shan Masood with a toe-crushing yorker in the third over and was there for the carnage when Jamieson came into the attack.

In a destructive three-over burst before lunch, Jamieson removed Abid Ali (25), Haris Sohail (one) and Fawad Alam (two) using his 2.3 metre (6ft 8in) frame to ruffle the batsmen with an awkward bounce which he mixed with testing full deliveries.

The delivery that accounted for Alam was almost unplayable as it reared up, forcing the batsman to put his hands up in a reflex action and the ball was gloved to wicketkeeper BJ Watling.

For Jamieson it was a near perfect delivery.

“On this pitch it does rear up a little bit and when I'm bowling from six foot eight it kinda helps a little bit. It's certainly where you want to get your bouncer,” he said.

In the middle session Rizwan was in punishing form, with 11 boundaries on his way to 61 off 71 deliveries, before he was caught in two minds by a fuller Jamieson delivery that came back at him and an inconclusive shot was edged to Watling.

After the tea adjournment, and once Henry had removed Azhar, Jamieson returned to see off Ashraf who was out for 48 when he edged a ball outside off stump to Ross Taylor at first slip. Taylor had earlier dropped Ashraf in the first over he faced.

Zafar Gohar, on debut, reached 34 before Jamieson was back in action, this time to take the crucial catch at fine leg to give Southee his second wicket.

Trent Boult mopped up the tail taking the wickets of Shaheen Afridi (four) and Naseem Shah (12). 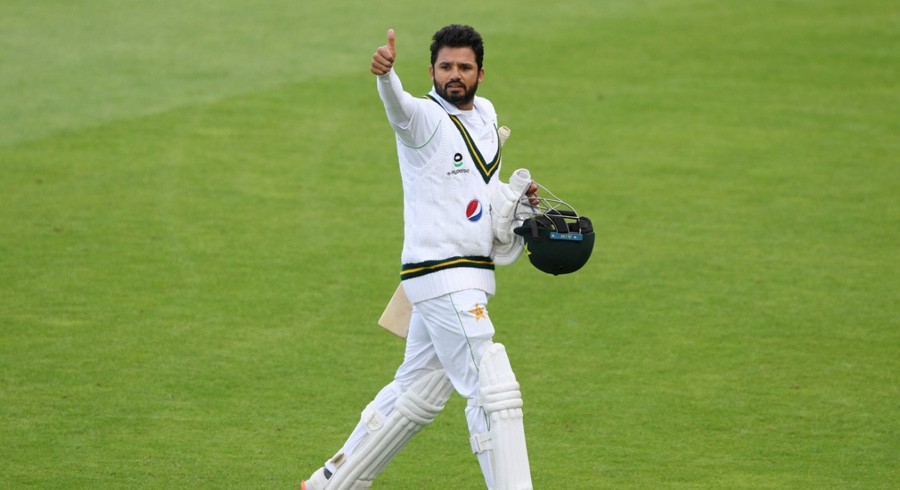 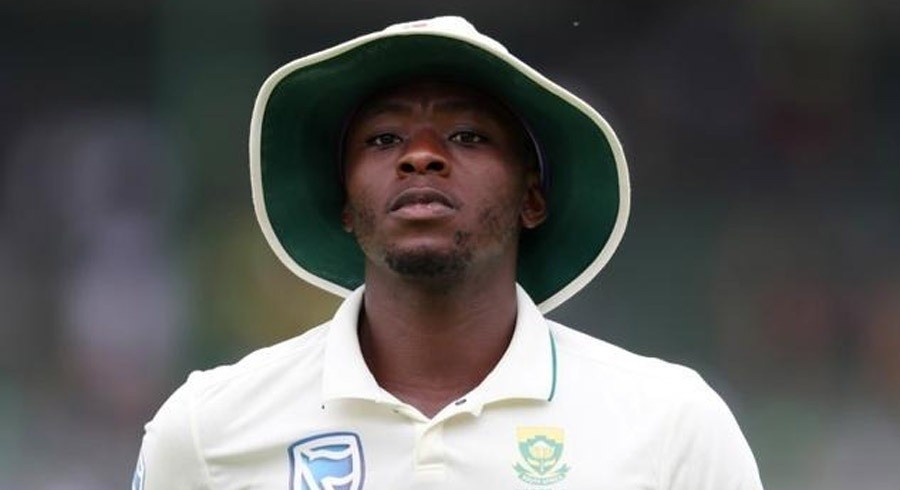