Rishabh Pant has been named vice-captain 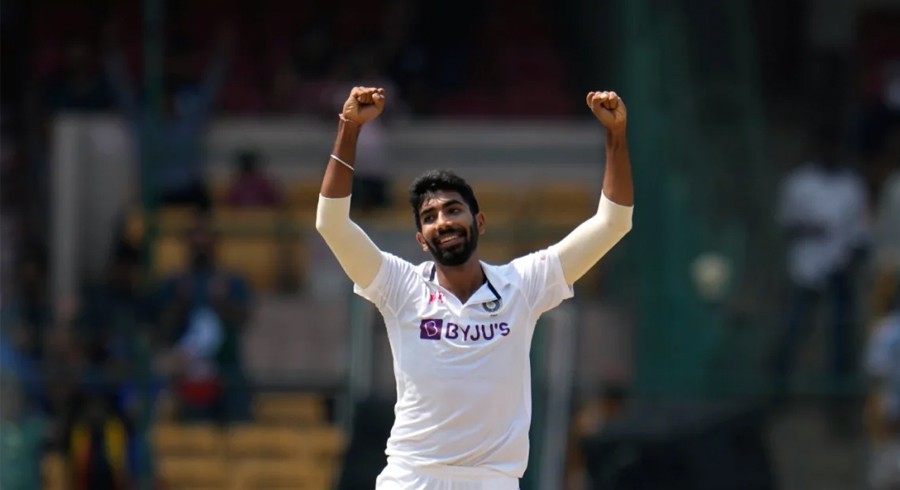 India have named their captain for rescheduled fifth Test against England in Edgbaston after Rohit Sharma was ruled out.

Jasprit Bumrah is set to lead India in Edgbaston, in what will be the first time he will lead the national side in any format. Bumrah is also set to make history as the first pacer to captain India in Tests since the legendary Kapil Dev in 1987.

Rishabh Pant has been named vice-captain.

Rohit tested positive for Covid-19 last week during the warm-up game against Leicestershire. Though he played the first innings, he was forced into isolation after testing positive and did not take part in the second innings.

"Mr Rohit Sharma, Captain, Indian Cricket Team is ruled out of the rescheduled fifth Test against England to be played from Friday," a BCCI release said. "Rohit underwent a RAT Test on Thursday morning and returned a positive result for COVID-19.

"The All-India Senior Selection Committee has named Mr Jasprit Bumrah as captain for the upcoming Test and Mr Rishabh Pant as his deputy."

Rohit's absence will be a massive blow for India. Apart from being the captain, Rohit had shown tremendous form during the first part of the series last year, scoring 368 runs, including a century in the fourth Test.

India have announced Mayank Agarwal as cover for Rohit. Given there is no quarantine for international travellers, Agarwal has already travelled to England and has linked up with the Test squad.

Having only made his Test debut in 2018, Bumrah has quickly become one of the most important players in India's red-ball sides. He has played just 29 Tests, but is already the leader of the pace attack, and occupies the No.3 position in the MRF Tyres ICC Test Bowler's rankings.

He was the vice-captain in the ODI leg of India's tour of South Africa, with KL Rahul captaining in Rohit's absence. He was also the deputy to Rohit during the Test and T20I series against Sri Lanka.

Should India win or draw in Birmingham, they would secure their first Test series victory in England since 2007. There are also crucial ICC World Test Championship points at stake, with India currently sitting at No.3 in the standings.

However, England have looked a much-improved side under the leadership of the new captain-coach duo of Ben Stokes and Brendon McCullum, as evidenced by their 3-0 victory over reigning ICC World Test Championship holders New Zealand.

The Test will begin in Edgbaston on 1 July.