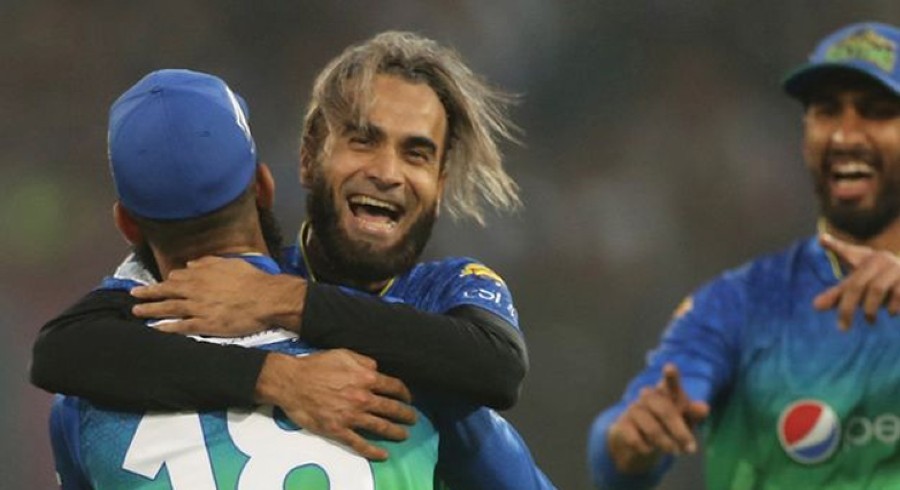 Chasing a target of 177 runs, Karachi Kings were off to a horror start as the batsmen failed to find boundaries.

Opener Sharjeel Khan was the first to depart as a return shot from fellow opener Babar Azam brushed the hands of pacer Imran Khan and crashed into the stumps as the batsman was caught out of his crease at the non strikers end.

Veteran batsman Martin Guptill could not get going either, being bowled by leg-spinner Imran Tahir after scoring just 11 runs off 16 balls.

Batsman Najibullah Zadran tried in vain to up the ante, being adjudged LBW while trying to hit a reverse sweep on Imran Tahir after scoring 11 runs off six balls.

Babar Azam was then joined by wicketkeeper-batsman Chadwick Walton for a big partnership of 77 runs off 45 balls.

The asking rate however had become too steep as the batsmen struggled to provide a fiery ending to the chase.

Chadwick Walton was eventually run-out towards the end after scoring 35 runs off 23 balls.

Pacer Imran Khan then removed all-rounders Thisara Perera and Imad Wasim in consecutive balls as Multan Sultans got closer to wrapping up the match.

All-rounder Qasim Akram scored 10 runs off three balls in the final over before being caught by fielder Sohaib Maqsood.

Babar Azam remained unbeaten in the end after scoring 85 runs off 63 balls as Karachi Kings finished on 164 runs for the loss of seven wickets in their allotted overs.

Imran Khan was the pick of the bowlers for Multan Sultans after taking three wickets.

Earlier, After winning the toss and opting to field first, skipper Imad Wasim got his side to a great start. Opener Mohammad Rizwan survived a close shout for an LBW before Imad removed opener Rahmanullah Gurbaz (three off four), stumped by wicketkeeper Chadwick Walton.

Batsman Sohaib Maqsood however did not let the early wicket phase him, coming out with an aggressive intent.