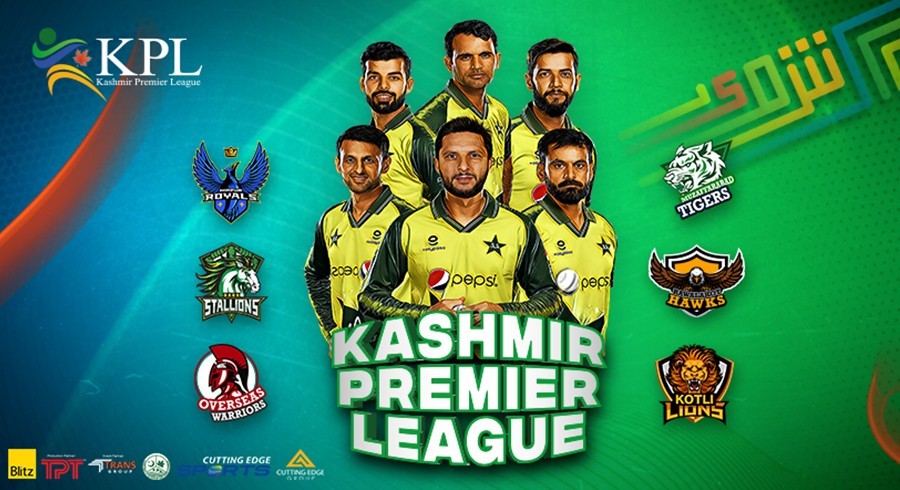 The Kashmir Premier League (KPL) management has announced the schedule for the inaugural season of the tournament. Six teams will contest in a 10-day cricketing event beginning August 6th till August 17th 2021 in Muzaffarabad. The teams include Rawalakot Hawks, Kotli Lions, Mirpur Royals, Muzaffarabad Tigers, Overseas Warriors and Bagh Stallions.

In the first match, Shahid Afridi’s Rawlakot Hawks will take on Shoaib Malik’s Mirpur Royals on August 6, while Bagh Stallions and Kotli Lions will be in action on August 7.

Nineteen matches will be played in the tournament, with 12 set to be day and night affairs.

August 16: Eliminator 2 (Loser of Qualifier vs winner of Eliminator 1)

August 17: Final (Loser of Qualifier vs winner of Eliminator 1)