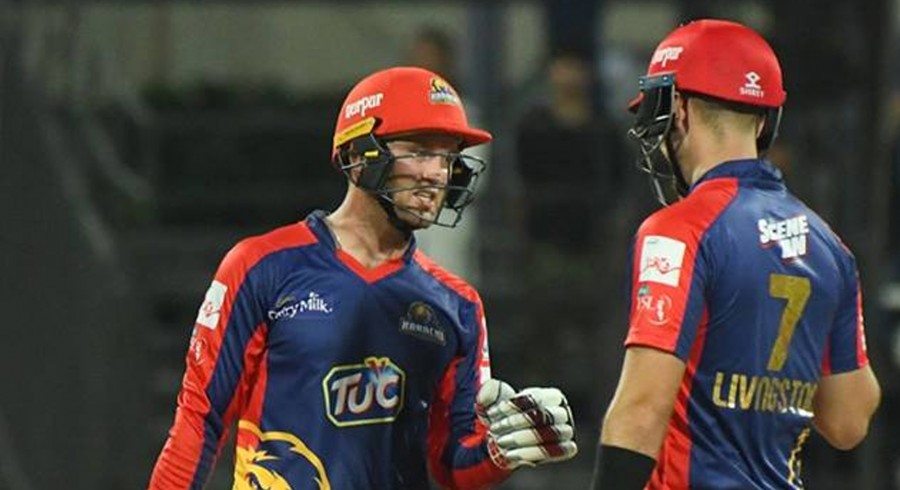 Karachi Kings will meet Quetta Gladiators in a bid to qualify for the play-offs of the ongoing Habib Bank Limited (HBL) Pakistan Super League, at the National Stadium in Karachi on Sunday, March 10.

Kings have eight points from eight games and they need to win atleast one of their remaining two matches to ensure that they stay in hunt for the title. They are currently placed fourth on the table.

Meanwhile Gladiators are currently sitting pretty at the top of the table, with seven wins from nine games. They will look to end their round-robin stage campaign on a high with a win and dent Kings’ party.

One of the keys to success for Gladiators this season has been the red-hot form of Aussie opener Shane Watson.

He has accumulated 332 runs in nine games, with a highest score of unbeaten 91 and an impressive strike-rate of 141.27. He also has three scores in excess of 50, which speaks volumes of his consistency with the bat.

If Watson gets going at the top of the order, Kings will find it tough to stem the flow of runs.

On the other hand, Kings will look to chalk out a strategy which keeps the expansive Gladiators’ batting lineup under check.

One important cog in their wheel would be young but talented slow left-arm spinner Umer Khan. Khan has the ability to outfox the batsmen with his skilful bowling and his effectiveness in the middle-overs will have a major say in the outcome of the match.

Khan has 10 wickets from eight games in the tournament so far, with a more than decent economy rate of 6.73.