Having been dismissed for just 134, an inspired Afghanistan bowling performance – aided by some nervy Sri Lankan batting – saw Suliman Safi’s side secure a stunning four-run victory, sealing their spot in the semis with a dramatic run-out 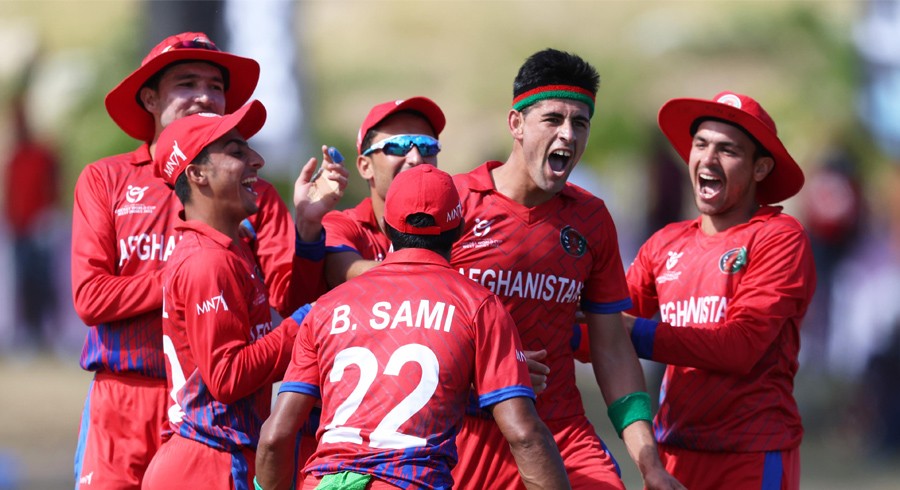 Afghanistan triumphed in a low-scoring thriller against Sri Lanka in Antigua to seal a spot in the semi-finals of the ICC U19 Men’s Cricket World Cup.

Having been dismissed for just 134, an inspired Afghanistan bowling performance – aided by some nervy Sri Lankan batting – saw Suliman Safi’s side secure a stunning four-run victory, sealing their spot in the semis with a dramatic run-out.

Afghanistan had recovered from a mini-collapse that saw them lose four top-order wickets for just two runs to scramble towards a vaguely competitive total of 134 from 47.1 overs.

And that modest total seemed to be more than sufficient when Group D winners Sri Lanka slumped to 43/7.

A 69-run partnership for the eighth wicket between captain Dunith Wellalage (34) and Raveen de Silva (21) carried the game deep, and it looked like Sri Lanka’s game when the final-wicket pair added a further 14 runs in intensely pressurised circumstances to bring their side within five runs of victory.

But a calamitous run-out brought Sri Lanka’s chase to a dramatic end.

Afghanistan will face England in the semi-finals on Tuesday, while Sri Lanka will look to restore some pride in their playoff semi-final against South Africa on Monday.

Sri Lanka skipper Wellalage elected to field first after winning the toss at the Coolidge Cricket Ground, and that soon looked a wise call as his bowlers got the upper hand after a slow start.

Afghanistan openers Nangeyalia Kharote and Bilal Sayedi looked solid for the opening 10 overs, but were scoring at little more than two-runs-an-over when Traveeen Mathew struck with a wicked delivery that removed Sayedi for a 34-ball score of six.

Kharote was dismissed in the very next over, and Afghanistan looked in a heap of trouble at 26/4 when Suliman Safi was trapped LBW after making just one and Ijaz Ahmadzai lost his wicket without troubling the scoreboard.

But Abdul Hadi steadied the ship with a crucial knock through the middle overs, making what turned out to be the highest score in the match (37), before he was stumped off the beguiling Dunith Wellalage.

Vinjua Ranpul then helped clear out the tail for Sri Lanka, ending with a five-wicket haul at the expense of just ten runs in 9.1 overs as Afghanistan were bowled out for just 134 runs.

Twists and turns in the reply

The Sri Lankan chase got off to an extremely shaky start when opener Sadisha Rajapaksa fell for a duck in the opening over. And his replacement Shevon Daniel went not long after to leave Sri Lanka struggling on 8/2.

The rate of scoring was glacial, and after 13 overs Sri Lanka were in an even weaker position than the slow-scoring Afghanistan had been.

Things went from bad to worse for Sri Lanka when Nor Ahmed produced a sizzling delivery to remove Ranuda Somarathne and leave the team’s hopes of lifting a first ICC U19 Men’s Cricket World Cup fading fast.

Sri Lanka slumped to 43/7, only for a superb eighth-wicket partnership between captain Wellalage and Raveen de Silva seemingly saving the day, taking Sri Lanka up to 112/7 and within sight of victory.

But Kharote bagged the crucial wicket of the skipper Wellalage, before Naveed claimed the wicket of de Silva to set-up a nerve-jangling finish.

Sri Lanka got to within five runs of victory, but a calamitous run-out, the fourth of the innings, handed Afghanistan a dramatic victory 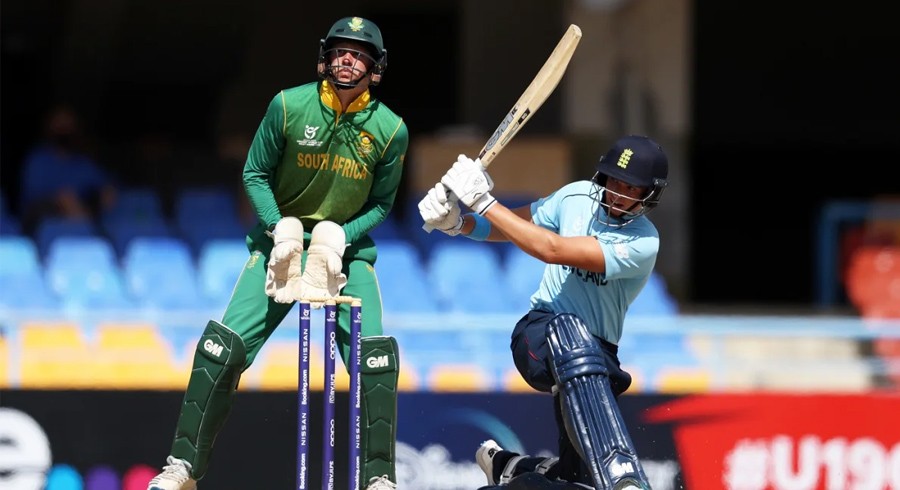