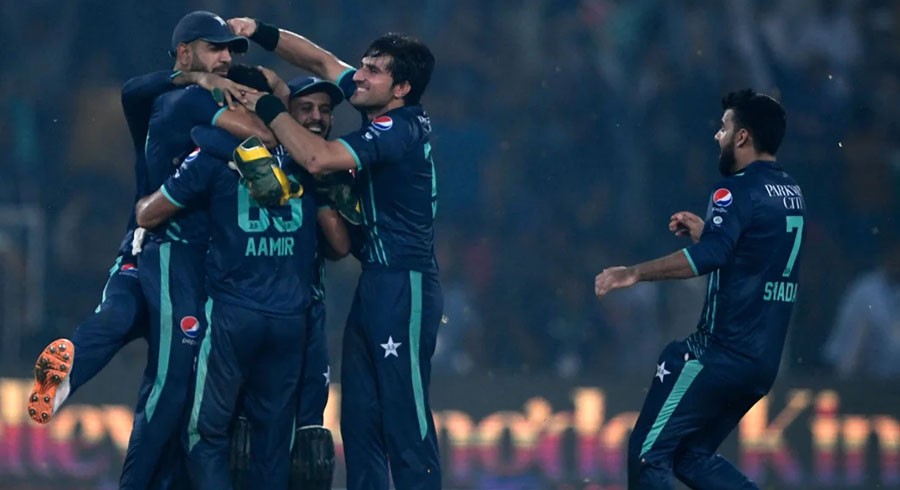 Pakistan and England will take on each other tonight in the T20I series decider at the Gaddafi Stadium in Lahore. The series is currently levelled at 3-3.

The visitors took the lead by winning the opening game of the series while Pakistan fought back in the second T20I.

England claimed a heavy win in the third T20I, however, Pakistan won the next two games in the final overs to take a 3-2 lead. England made a strong comeback in the sixth T20I and levelled the series.

Meanwhile, Pakistan is expected to make three changes tonight. No.1 ranked T20I batter Mohammad Rizwan will come back after resting in the last game, while Haris Rauf will also return.

The above-mentioned duo will replace Mohammad Haris and Shahnawaz Dahani.

Haider Ali is likely to be replaced by Khushdil Shah. The 22-year-old was admitted to the hospital due to viral illness after the sixth T20I. He returned to the hotel last night, but his chances of playing tonight's game are very less.

On the other hand, there is a tie between Mohammad Hasnain and Aamir Jamal. Hasnain was rested in the last two games, with Jamal taking his place. The all-rounder had a great debut game where he bowled a brilliant final over to hand Pakistan a win but conceded runs in the sixth T20I.

England are also highly likely to field their strongest available side, with Chris Woakes and Mark Wood both in the frame to return. Jos Buttler is unlikely to feature despite making good progress in his rehabilitation from a calf injury and Moeen Ali will continue as captain in his absence.