Archer stars as Australia dismissed for 179 on opening day

Third Ashes Test is being played in Leeds 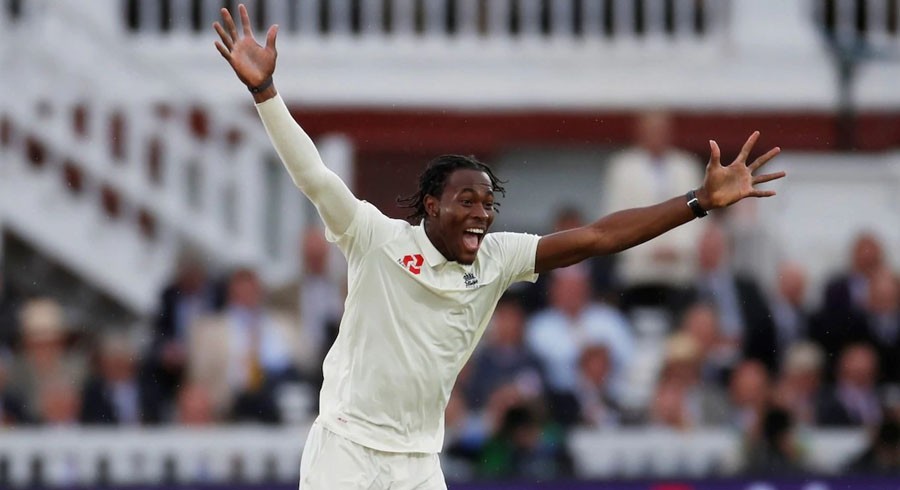 Right-arm pacer Jofra Archer took six wickets as England dismissed Australia for just 179 on the first day of the third Ashes Test at Headingley on Thursday.

Archer, in only his second Test, took 6-45 in 17.1 overs — the first time he had taken five or more wickets in an innings at this level after marking his debut with a 92 mph bouncer that concussed Smith and ruled him out of this match in the rain-affected drawn second match of the series at Lord's.

Australia were dismissed inside 53 overs after losing their last eight wickets for a mere 43 runs on a day featuring several weather interruptions.

England, looking to level the five-Test Specsavers series at 1-1, reduced Australia to 25-2 after England captain Joe Root won the toss.

But opener David Warner (61) and all-rounder Marnus Labuschagne (74) revived the innings with a third-wicket stand of 111.

Archer, however, turned the tide by having Warner caught behind.

It was the start of a collapse that saw Australia lose three wickets for three runs to be 139-5.

Travis Head was bowled for a duck by pacer Stuart Broad and Matthew Wade, a century-maker in the first Test, also fell for nought when an Archer delivery deflected off the thigh pad via his glove and into the base of the stump.

"It was stop-start all day, which is really annoying," 24-year-old Archer told the BBC. "I'm over the moon to get six wickets but equally happy just to get off. The ball just started swinging randomly from the over before the Warner wicket."

Warner's innings was his first double figure score of a series where he had previously managed just 18 runs in total, while Labuschagne struck his second successive fifty after making 59 as a concussion substitute for Smith at Lord's.

"I was always confident I could find form," said the experienced Warner. "Good balls were getting me out and that happens. You just have to work out how to survive."

"I look at him like Dale Steyn, searching for swing and movement early on but then ramping up their speed later," said Warner. "That is world-class bowling and England have a great prospect."