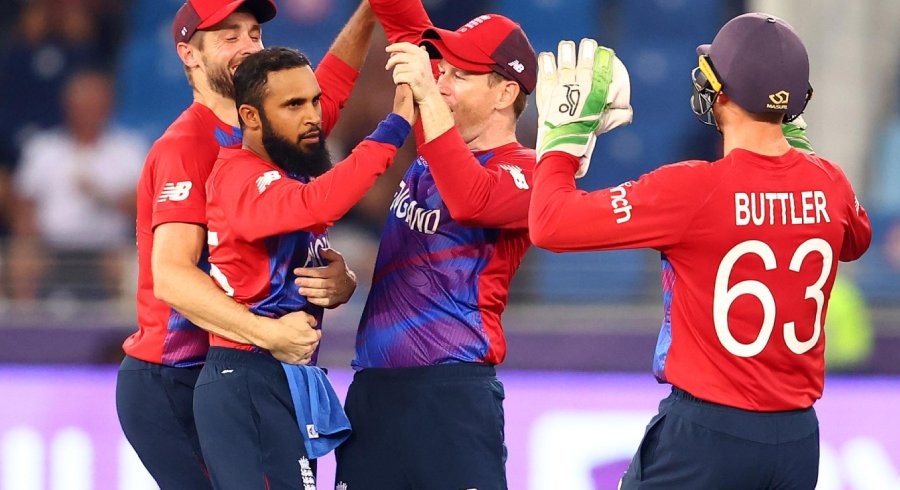 Having never won against West Indies in the T20 World Cup format, England dismantled the defending champions in a comprehensive manner.

After being asked to bat first, Kieron Pollard's men were all out for a scanty 55-run total. England chased down the target in the 9th over, securing the victory by 6 wickets.

Moeen Ali opened the bowling and made an instant impact, first with a sharp running catch to remove Evin Lewis. He then got the wicket of Lendl Simmons who tried going over the top.

Losing both openers inside three overs, Chris Gayle and Shimron Hetmyer stepped up with five boundaries. However, their threat was immediately nullified by Moeen Ali yet again as he removed Hetmyer.

Moeen Ali, bowling all four of his overs in one spell, returned the figures of 2-17 with a maiden as well.

Pacer Tymal Mills claimed two wickets including Gayle, who was the only batsman to make double figures with his 13, as West Indies crumbled in a poor batting performance.

Struggling at 44 for 6, Adil Rashid was brought into the attack who further piled on the pressure by removing Andre Russel for naught. He then took two more wickets in successive balls in his next over and then wrapped up the innings.

The leg spinner took a total of four wickets and gave away only two runs from his 2.2 overs, his best bowling figures in the T20I format.

England, chasing 55, had a chance to secure an even hefty net run-rate advantage but West Indies bowlers gave them a tough time.

Jason Roy (11) was the first player to walk after being dismissed by Ravi Rampaul in the fourth over. Spinner Akeal Hosein took two impressive catches off his own bowling which saw Jonny Bairstow (9) and Liam Livingstone (1) return to the pavilion.

Moeen Ali was also shown the way back after Lewis and McCoy combined to run him out for just three runs.

Skipper Eoin Morgan (7*) stepped into the ground with 39 runs on the board and chased down the target with Jos Buttler (24*) supporting him from the other end.

Moeen Ali was named player of the match after his career-best T20I figures helped set the tone with the ball for England.