The opening pair of Abid Ali and Abdullah Shafique replied strongly after bowlers wrapped up Bangladesh on 330. Pakistan still trail by 185 runs 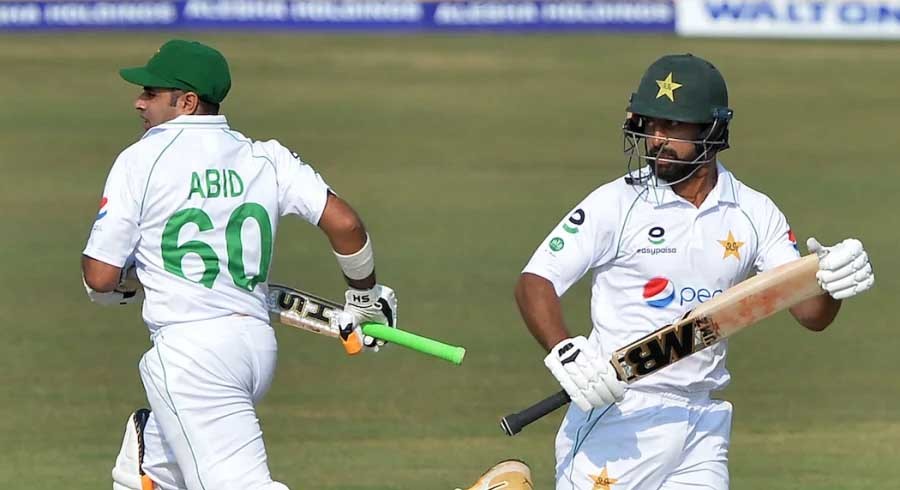 Pakistan are in complete control of the first Test against Bangladesh as they finished on 145 for the loss of no wicket at stumps on day two in Chattogram.

The opening pair of Abid Ali and Abdullah Shafique replied strongly after bowlers wrapped up Bangladesh on 330. The visitors still trail by 185 runs.

Pakistan not only recover well but also grab an advantage in the Test match against Bangladesh!

✅ Get Bangladesh out quickly
✅ Post a strong total on day close
✅ Don't lose any wickets#BANvPAK pic.twitter.com/roF4fqVjl0

Earlier, the home side only managed 77 runs and lost six wickets in the morning session after starting the proceedings on 253/4.

Hasan Ali started the day by removing centurion Liton Das. Liton departed after scoring 114 off 233 balls with the help of 11 fours and a six.

After a few overs, Hasan cleaned up debutant Yasir Ali (4) cheaply. All-rounder Faheem Ashraf got the better of Mushfiqur Rahim, who fell in the nervous nineties. He scored 91 off 225 balls.

Mehidy Hasan Miraz added vital runs to the total with the tailenders. He remained not out on 38 off 68 as Hasan struck two in two to end Bangladesh's first innings on 330 and completed his sixth fifer of Test cricket.

Hasan Ali unleashes his trademark celebration as he completes a tremendous 5-for against Bangladesh! 👏

Hasan finished with figures of 5/51 while Shaheen Shah and Faheem Ashraf bagged two wickets each.

Pakistan openers Abid Ali and Abdullah Shafique comfortably played out the second session. Abid was the more enterprising one while debutant Shafique was perfect in his defence.

Bangladesh's only chance came in the 13th over when Taijul Islam appealed for a leg-before. The home side thought Shafique tried to force the ball off the back foot but replays revealed that the ball had struck Shafique on the pad first and it was plumbed LBW.

Abid reached his third Test fifty, having made an unbeaten 52 with six fours and one six. Shafique remained unbeaten on 27 off 85 balls at the Tea.

The openers continued their dominance in the final session and put Bangladesh on the back foot. Abid played with complete control while Abdullah reached the first fifty of the Test career with a six off Mominul Haque.

No guts, no glory!

The visitors finished day two on a high with Abid and Abdullah unbeaten on 93 and 52 respectively. Abid has hit nine fours and two sixes in his 180-ball knock while Abdullah has stroked two fours and as many sixes.

On day one, Bangladesh dominated after a wobbly first session. The pair of Liton and Mushfiqur rebuild and added a terrific 204-run stand to put Bangladesh in front. 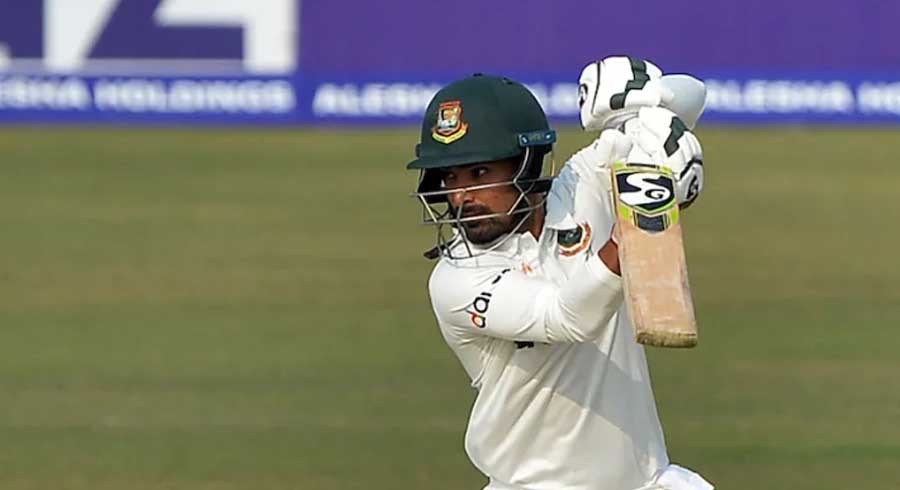