Fast-bowler claimed four wickets for 23 runs in his spell 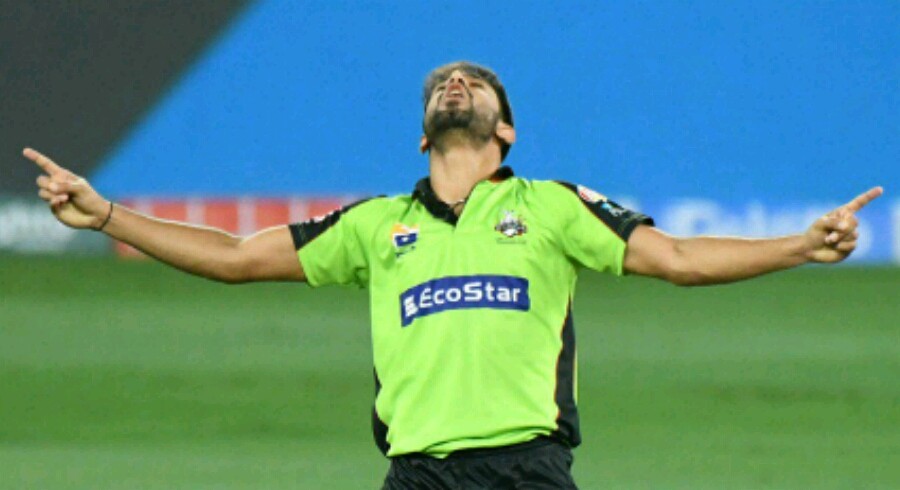 Chasing 139-run target, the Kings were bowled out for 116 runs courtesy of Rauf's brilliant spell in which he claimed four wickets for 23 runs. This was his career-best bowling figures.

Wicketkeeper Mohammad Rizwan showed some resistance against Qalandars bowling attack. He scored 34 runs with the help of a six and a boundary.

In-form Babar Azam was cleaned up by Hardus Viljoen. He scored 28 runs.

Shaheen Shah Afridi bowled an economical spell and gave away just 20 runs, while also claiming two wickets for the winning side.

Earlier, batting first after losing the toss, the Qalandars posted 138 runs on the scorebaord for loss of six wickets in their 20 overs.
Fakhar Zaman and Sohail Akhtar provided them 64-run opening stand. Zaman was dismissed after scoring 26 while Akhtar made 39.
Anton Devcich played a cameo of 28 runs to guide his side to a fighting total on a tricky batting track.

Umer Khan claimed two wickets for the Kings while Mohammad Amir and Sikandar Raza bagged a wicket each.