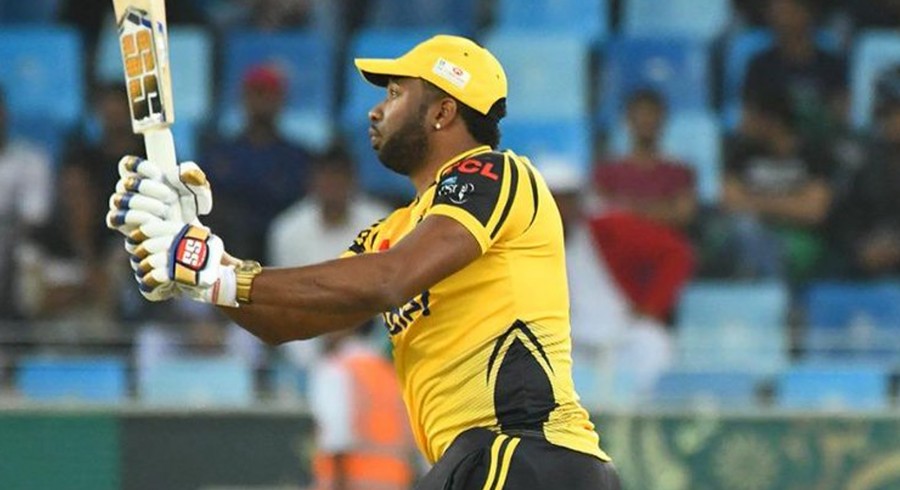 Peshawar Zalmi would be happy they drafted Keiron Pollard in their side for Habib Bank Limited (HBL) Pakistan Super league (PSL) edition four as the Caribbean all-rounder saw his side to victory with a quick-fire 52 off just 27 balls on Thursday at the Dubai International Cricket Stadium.

He was accompanied by Pakistan left-handed batsman Umar Amin who also contributed an important 54 off 37 balls to help Peshawar beat Multan Sultan in match 19 of HBL PSL4.

Peshawar thought they had the script figured out when they decided to bowl first, but Johnson Charles entered as an anomaly with his 57 off 31 balls.

He was well-supported by James Vince as he contributed 41 runs to Multan’s total of 172-5 in their 20 overs.

Peshawar’s power-packed bowling line-up seemed disturbed as Hasan Ali, Liam Dawson and Umaid Asif were only the ones with wickets, each dismissing one batsman apiece, while the other two Multan batsmen were caught short of their crease ending up in run-outs.

In their reply to a 173-run target, Peshawar looked out of contention when they lost two wickets for 35 runs in the shape of Andre Fletcher (24) and Kamran Akmal (0), however Amin partnered up with opener Imamul Haq (39 off 34 balls) to stead the ship.

After Imam departed courtesy a stumping by Multan wicketkeeper Tom Moores off a Shahid Afridi delivery, the game came down to a contest between in-form Pollard and the Multan bowlers.

With less limelight on Amin, he made sure he kept the scoreboard ticking with singles, doubles and boundaries, while Pollard set his eye in.

The West Indies big-hitter, also the player of the match, received a lifeline when he was dropped by Charles, and from there onwards the adage ‘catches win matches’ started upholding its truth value.

Pollard, with the run-rate touching nearly two-runs-a-ball, hit Junaid Khan for a six and a four in the 17th over to bring the required runs down from 52 off 24, to 35 off 18 balls.

The 18th over was where Pollard changed the game upside down with two doubles on the first two balls, a dot and then three huge sixes off Christian.

With 13 needed off just 12 balls and two well-set batsmen on the crease, Peshawar easily chased the target with four balls to spare and two important points in their kitty.

Peshawar now have eight points from six matches, while Multan are lurking at the bottom of the table, just above Karachi Kings, with only four points from seven matches.