Pakistan Cricket Board in Rotterdam 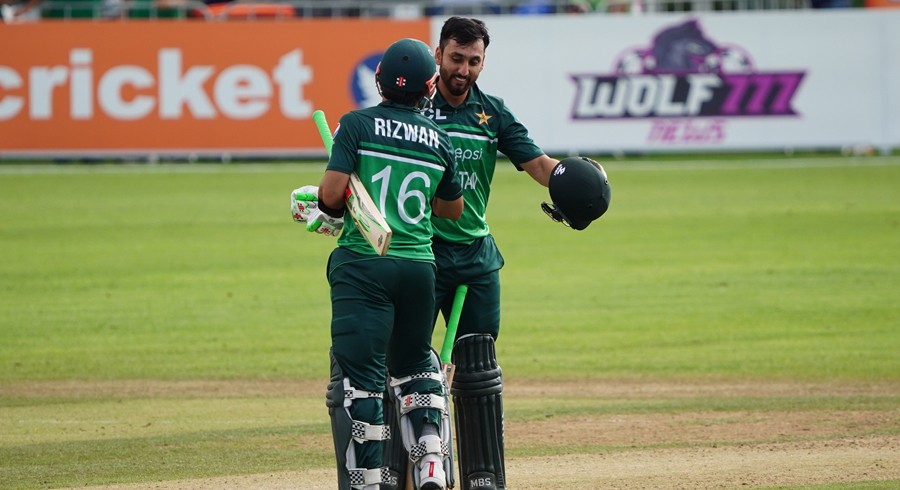 A signature Babar Azam innings and sixth career half-century by Mohammad Rizwan lifted Pakistan to third in the ICC Men’s Cricket World Cup Super League with a comfortable seven wickets victory over the Netherlands on Thursday.

Babar scored a strokeful 65-ball 57, while Rizwan completed 1,000 ODI runs in his 49th match on the way to 69 not out as Pakistan achieved the 187-run target in 33.4 overs. The two reliable and dependable batters had joined the act at the score of 11 for two and added 88 runs for the third wicket.

Babar, who reached his 21st career half-century from 52 balls with six fours, struck seven fours, while Rizwan hit six fours and a six in an 82-ball innings. The wicketkeeper-batter had completed his first half-century in four matches from 72 balls with four fours.

The two had paired together after Fakhar Zaman found a leading edge to be caught by Vivian Kingma off his own bowling. Four balls later, Kingma dismissed Imam-ul-Haq, who was caught by Logan van Beek at point.

While Rizwan was innovative and cheeky, as always, Babar was elegant, graceful and attractive, as ever, hitting almost everything from the sweet-spot of his willow until he perished with a mishit off off-spinner Aryan Dutt. The two batters dominated the proceedings from the very start and immediately shifted the pressure back on the Netherlands who were aiming for more wickets after quickly removing the two openers.

Salman showed signs of talent and skills when he played some delightful strokes, including his only six that turned out to be the winning shot that also brought him his 50. He faced 35 balls and hit five fours and two sixes, and added 92 runs for the unbroken fourth wicket.

Earlier, the Netherlands elected to bat first and lost their first three wickets for eight runs and last seven wickets for 178 runs to be bowled out for 186 in 44.1 overs. Haris Rauf and Mohammad Nawaz equally shared six wickets between them conceding 16 and 42 runs, respectively, while Naseem Shah snapped up two for 27.

The third match of the series will be played on Sunday.

Pakistan beat the Netherlands by seven wickets in second ODI