Pakistan whitewash Bangladesh 2-0 after a remarkable victory in Dhaka

Sajid Khan ended the match with 12 wickets, earning Pakistan a victory by an innings and 8 runs 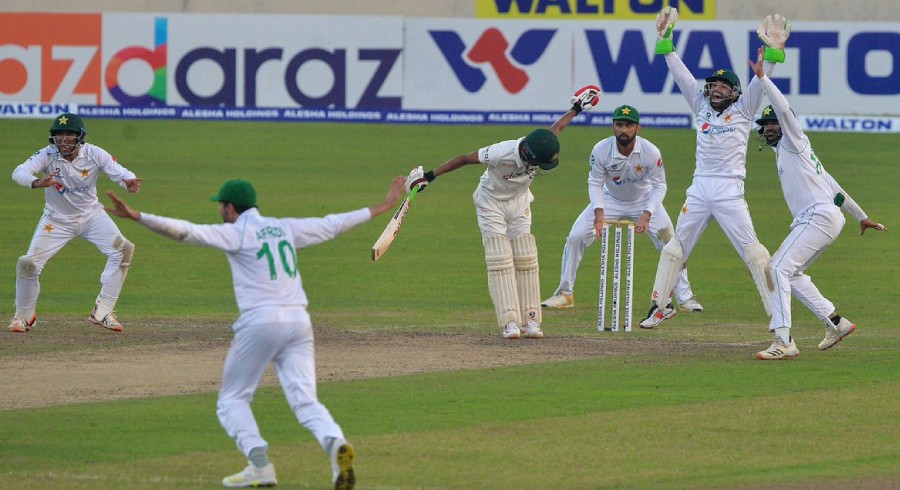 Pakistan defeated Bangladesh by an innings and eight runs on the final day of the second Test in Dhaka on Wednesday and concluded a flawless tour that saw them whitewash their hosts in both the T20I and Test series.

Sajid Khan was the undeniable star of the show as he added four more wickets to his tally of eight in the first innings to finish with a dozen for the match. Among the wicket-takers was also a rarity as captain Babar Azam got a wicket in what was the first over of his Test career.

Pakistan’s tour of Bangladesh comes to a perfect end.

Earlier, the tourists inched close to the win after ending the resistance of Mushfiqur Rahim and Shakib Al Hasan.

Mushfiqur put two decent partnerships together, with Liton Das and Shakib Al Hasan, before an uncanny run-out on the stroke of tea on the fifth day.

Mushfiqur made 48 as hosts Bangladesh struggled to 146-6 in their second innings at the break, still needing 66 runs to avoid an innings defeat.

Shakib Al Hasan, who put on 49 runs with Mushfiqur for the sixth wicket, was their last hope but he also fall prey to Sajid Khan.

Liton earlier made 45 runs and put on 73 for the fifth wicket to defy Pakistan's attack, before he was dismissed by Sajid Khan, who added to his 8-42 in the first innings.

After bowling out Bangladesh for a measly 87 runs in the first innings, the side's lowest total on home soil, Pakistan were hoping for a quick kill after enforcing the follow-on.

Hasan Ali and Shaheen Afridi claimed two wickets in the morning session for the tourists, leaving Bangladesh reeling at 25-4 in their second innings, before Liton and Mushfiqur came up with resistance.

Only 63.2 overs of play were possible in the first three days because of rain and bad light.

Pakistan lead the two-Test series 1-0 after an eight-wicket win in Chittagong. 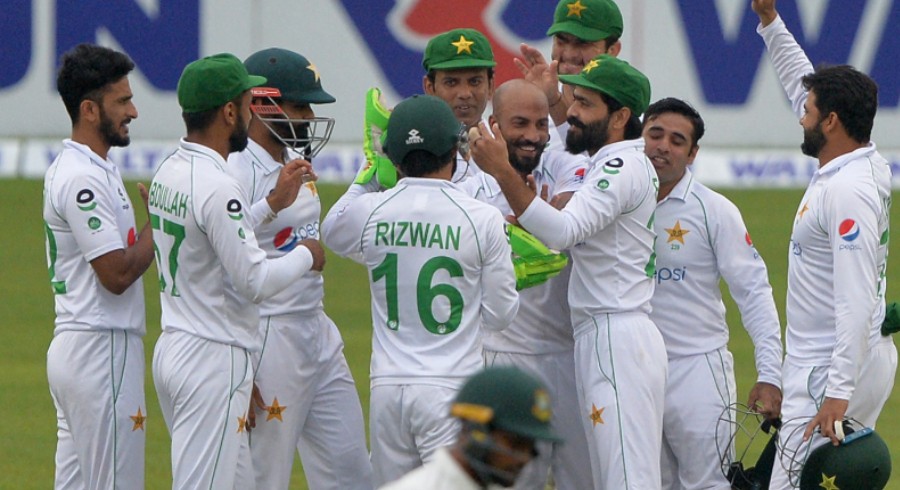