The first Test was played at National Stadium, Karachi 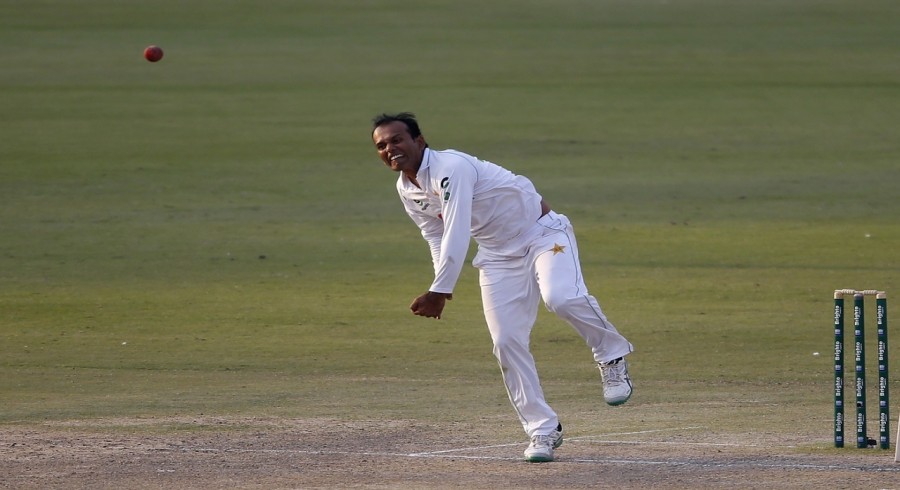 Chasing a target of 88, Pakistan openers, Abid Ali (10) and Imran Butt (12), were able to get to lunch unscathed, with Pakistan needing 66 runs more to win. However, right-arm pacer Anrich Nortje struck twice in the first over after lunch to remove the opening duo.

South African pacers kept piling on the pressure, but veteran batsman Azhar Ali and captain Babar Azam weathered the storm as they stitched a 63-run partnership.

After failing in the first innings, Babar played a 30-run knock, which included his trademark cover drives and back foot punches. Left-arm spinner Keshav Maharaj was once again able to trap Babar lbw, with Pakistan just two runs away from victory.

Azhar played an unbeaten 31-run knock, while Fawad played the winning shot to take Pakistan to victory. The left-hander was adjudged player of the match for his magnificent century in the first innings.

Earlier, South Africa were under the pump from the get go as Hasan Ali dismissed nightwatchman Keshav Maharaj on the first ball of day four. Maharaj was squared up and clean bowled by the right-arm pacer for 2, with the Proteas leading by only 29 runs.

Yasir Shah started from where he left off yesterday’s evening, as he picked the important wicket of Quinton de Kock (2) in his second over of the day. South African captain edged the ball to Abid Ali at silly point, who grabbed his third catch of the innings.

The tourists needed their last recognised batting pair, Temba Bavuma and George Linde, to step up and they responded with a 42-run partnership.

Shaheen was unsuccessful in providing a breakthrough with the new ball after Pakistan opted for the new cherry in the 86th over.

The hosts introduced left-arm spinner Nauman Ali and all-rounder Faheem Ashraf to slow down the proceedings as the aforementioned duo kept the scoreboard ticking. Nauman broke the brewing partnership as he induced an edge from Linde, with Imran Butt grabbing another low catch at leg slip to dismiss the all-rounder for 11.

Kagiso Rabada had no plans to hang around as he tried to take on Nauman, but was dropped by Hasan Ali. However, the dropped catch didn’t hurt Pakistan much as Nauman clean bowled Rabada on the next ball for one.

The left-arm spinner was on a roll as he dismissed tailender Anrich Nortje (0) and Bavuma (40) in quick succession to complete his first fifer in Test cricket and wrap up South Africa’s innings for 245.