Visitors were dismissed for just 187 in their first innings 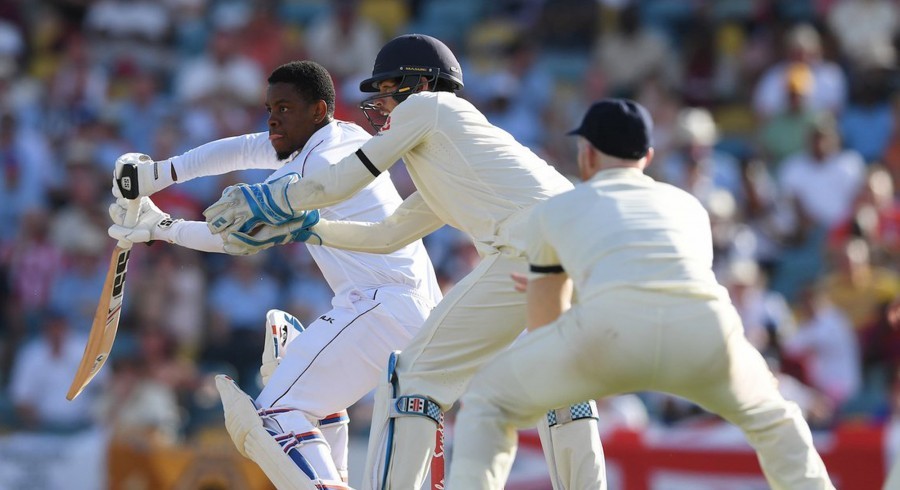 West Indies pressed home their advantage on day two of the second test on Friday, leaving England’s hopes of winning the series hanging precariously in Antigua.

Stuart Broad bowled particularly well for England, unlucky to pick up only three scalps during a long day in the field for the visitors, who dropped several catches, including two by Jos Buttler at third slip.

Broad said England were still in with a winning chance given that West Indies will have to bat last.

West Indies were 272 for six at the close in their first innings, having added 242 runs to their overnight score on a North Sound pitch that looked to have dried out considerably from Thursday’s greentop.