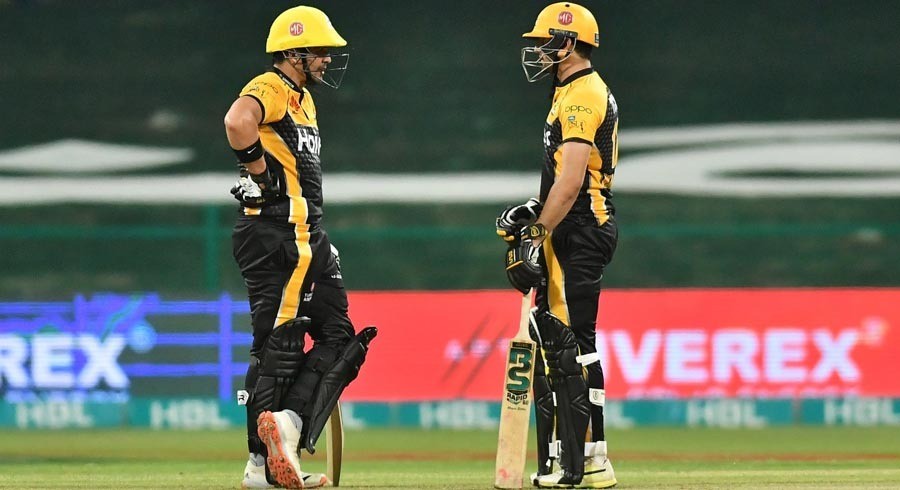 Chasing a total of 109 runs, Kamran was clean bowled by Aamir Yamin after hitting a couple of boundaries.

The wicket of Akmal didn’t stop his opening partner, Zazai, from taking on the opening bowlers.

Zazai first took Mohammad Amir apart as he scored 20 runs in the left-arm pacer’s second over. The Afghanistan opener then went on a rampage against Yamin to bring up Zalmi’s fifty inside four overs.

Haider Ali took cue from Zazai and joined the party as he welcomed Noor Ahmed to PSL by accumulating 10 runs in his first over.

Zazai and Haider combined for a 84-run partnership to take Zalmi close to the finish line.

Imad Wasim was perhaps late in bringing himself into the attack as he removed Zazai and Shoaib Malik in his first over.

Noor Ahmed also got a late revenge on Haider, as the rookie batsman was stumped for 16.

Despite the flurry of wickets towards the end, Zalmi completed the chase in 11 overs.

Earlier, Zalmi restricted Karachi Kings to a modest total of 108-9.

Kings were dealt an early blow as they lost their premier batsman Babar Azam for a duck in the first over, courtesy of a brute yorker from Wahab Riaz.

Martin Guptill’s horror run continued as he was caught behind for 4 in Sameen Gul’s first over. Sameen had a dream start in his first game this season as also trapped Chadwick Walton lbw in his first over, leaving Kings reeling at 12/3.

Sharjeel Khan was counter attacking at the other end, as wickets continued to fall. He sprinted to 25 before being unable to keep his pull shot down against Wahab, with Haider Ali completing a simple catch at deep midwicket.

Kings needed their captain to step up and Imad responded by stitching a 30-run partnership with Najib Zadran. Zadran tried to up the ante by taking the aerial route against Abrar Ahmed, but was caught at long off for 17 by Haider Ali. Abrar, also playing his first game this season, took his second wicket in the same over as he outfoxed Aamir Yamin, who was caught behind for 0 by Kamran Akmal.

Wahab returned in the 17th over to remove his counterpart Imad Wasim for 19, further derailing the Kings’ efforts.

Abbas Afridi’s 27-run cameo towards the end wasn’t enough for Kings to post a competitive total.