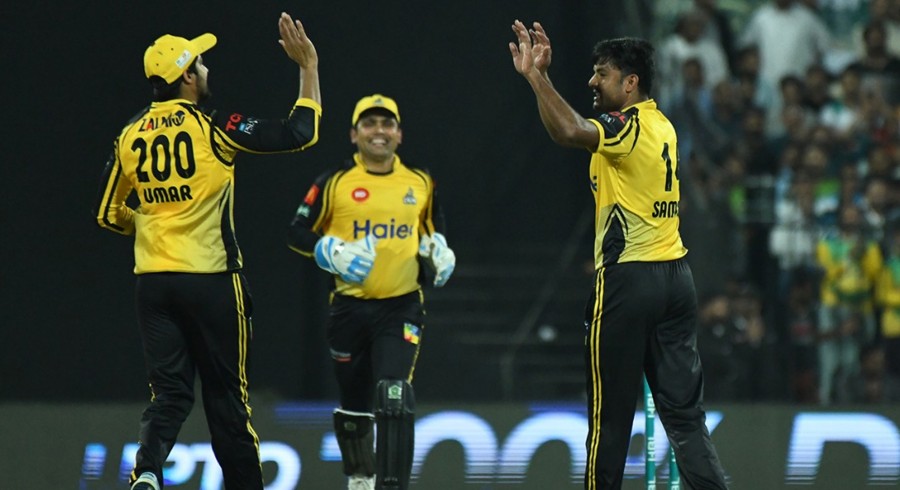 Sultans were dismissed for 145 runs, after Zalmi captain Darren Sammy won the toss and elected to field first.

West Indies cricketer Johnson Charles was the only notable performer with the bat for Sultans. He scored 53 runs off 34 balls, with the help of four boundaries and three sixes.

For Zalim, pacer Hasan Ali was the star of the show once again with four wickets for 17 runs, in his full quota of four overs.

In response, a well-compiled half-century from left-handed opener Imamul Haq along with solid contributions from Dawid Malan and Kieron Pollard, were enough to see Zalmi over the line.

Imam scored 52 runs off 44 balls, while Malan played an innings of 38 runs off 35 deliveries.

Later on Pollard ensured that there were no jitters towards the end of the run chase, scoring 25 runs off 10 balls, including four towering sixes.

For his brilliant bowling, Hasan Ali bagged the award for the player of the match.

Speaking at the post-match presentation ceremony, Ali said that he wants to claim a five-wicket haul in the next match. It must be noted that this was Ali’s third four-wicket haul, in the previous four matches of PSL4.

“This performance makes me happy but I want to go one step further and claim five wickets in next game,” said Ali.

Ali also said that bowling a good line and length is the key to bowling on pitches in Sharjah, which are not conducive for fast-bowling.

“Due to tough conditions for bowlers in Sharjah, line and length bowling and doing the basics right is the key,” he said.

Losing team captain and all-rounder Shoaib Malik said that his team failed to capitalise on a good start, while they were batting.

“We expect good starts from our top-order, which we were provided once again, but it was unfortunate that we could not capitalise on it,” said Malik.

“We have to fine tune some of our areas but at the end of the winning is what matters,” said Sammy.

The Windies all-rounder also praised the way his bowlers bowled during the match and the tournament in general.

“Hasan is leading the pack with the ball and Wahab Riaz has also been equally good,” he said.

He also hoped that the team’s top-order batting and especially Kamran Akmal regains form with the bat in the upcoming matches.

“Hopefully out top-order comes good in next matches and especially Kamran Akmal,” he said.