Lyon with a legend's tag as he enters Test top ten 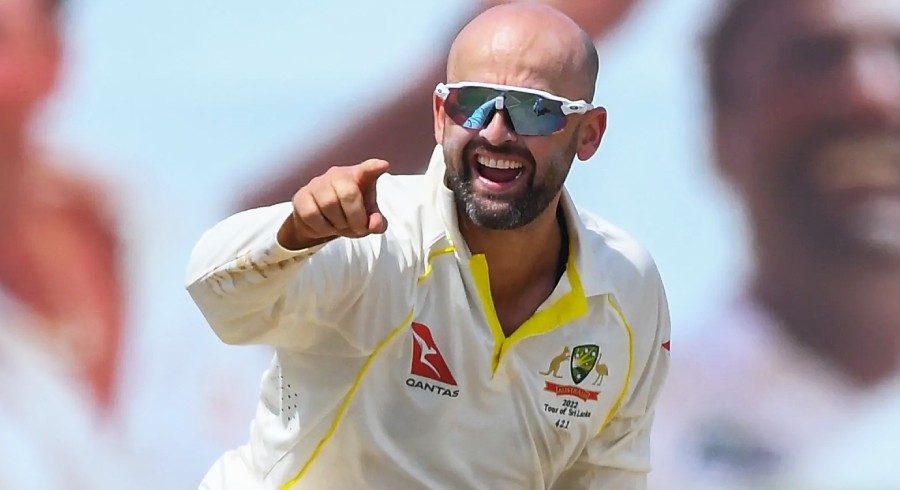 Back to where his Test career began, Nathan Lyon moved into outright tenth on the all-time Test wickets list in Australia's victory over Sri Lanka.

Joining the likes of Muttiah Muralitharan, Anil Kumble, Ravichandran Ashwin and the late Shane Warne, Lyon joins an exclusive club of spinners in the top ten thanks to a nine-wicket performance across the two innings in Galle.

Backing up his 5/90 on day one after Sri Lanka won the toss and elected to bat, Lyon was equally devastating on day three, as the hosts' plan to counter-attack brutally backfired.

Dimuth Karunaratne's side could only bat 22.5 overs in their second innings, the shortest completed innings in their Test history, as Lyon claimed a quartet of scalps.

Karunaratne himself was Lyon's first of the four, with his bottom edge pouched by Alex Carey. Kusal Mendis' top edge fell to Mitchell Swepson for Lyon's second, before claiming Ramesh Mendis to move to 435 Test wickets.

The wicket of Mendis meant Lyon passed Indian fast-bowling all-rounder Kapil Dev to go outright tenth on the list, with the wicket of Niroshan Dickwella moving the Aussie great to 436.

Today's spell puts a third Australian into the top ten, with Lyon joining the great Shane Warne (708) and fast-bowler Glenn McGrath (563). Rather fittingly, Lyon joins the club at the same venue he made his Test debut in 2011, when he claimed Kumar Sangakkara with his first delivery.

Few would have predicted Lyon’s legendary path, not only when handed his Test cap in eleven years ago, but further back during his days of toil for South Australia. Averaging 45  in first-class cricket when called up, Lyon was famously on the books as a groundsman at the Adelaide Oval. Lyon’s success has not been down to variations, but rather a metronomic consistency. Ashwin’s carrom ball and Murali’s doosra have bamboozled some of the game’s best, though Lyon has made his mark through subtleties in bounce of his conventional stock ball.

After Lyon's exploits to spin the hosts into the collapse, the Australians needed just five to win in their second innings, to claim the nation's first Test win in Galle in 11 years.