VIDEO: Marnus Labuschagne gets out in a comical manner 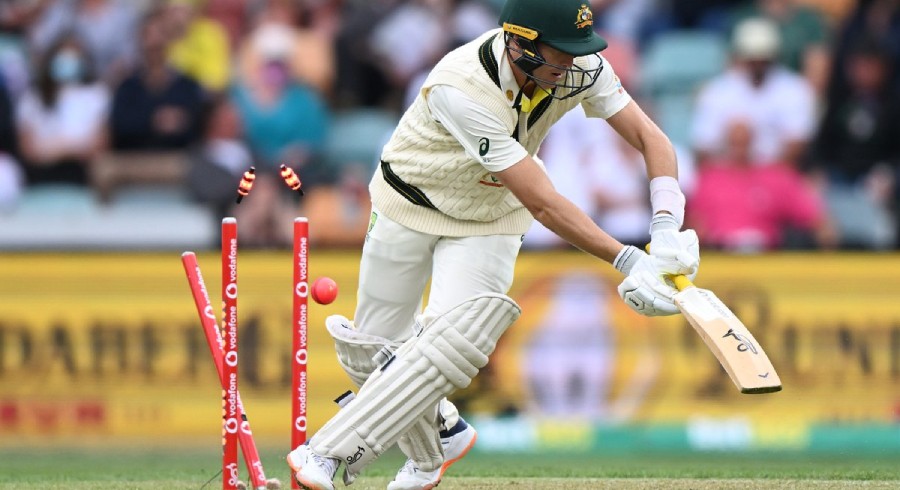 Number one ranked Test batsman Marnus Labuschange has been dismissed in a bizarre manner by England pacer Stuart Broad.

Labuschagne was on a mission to stabilise the innings after a top-order collapse that left Australia struggling at 12 for 3.

After surviving a superb spell from Ollie Robinson, Marnus found his feet and took the attack to the opposition. Scoring runs at a rapid pace, he found the fence 9 times in 52 balls.

Unbeaten on 44, Joe Root turned to Stuart Broad to find the breakthrough and even he would have been surprised in the manner Labuschange lost his wicket.

On the first ball of the 23rd over, Labushagne shuffled across the off-stump only to allow Broad to clean the stumps round his legs.

Watch the video below:

One of the weirdest dismissals we've ever seen! 😱#Ashes pic.twitter.com/8Qp5rKprn8