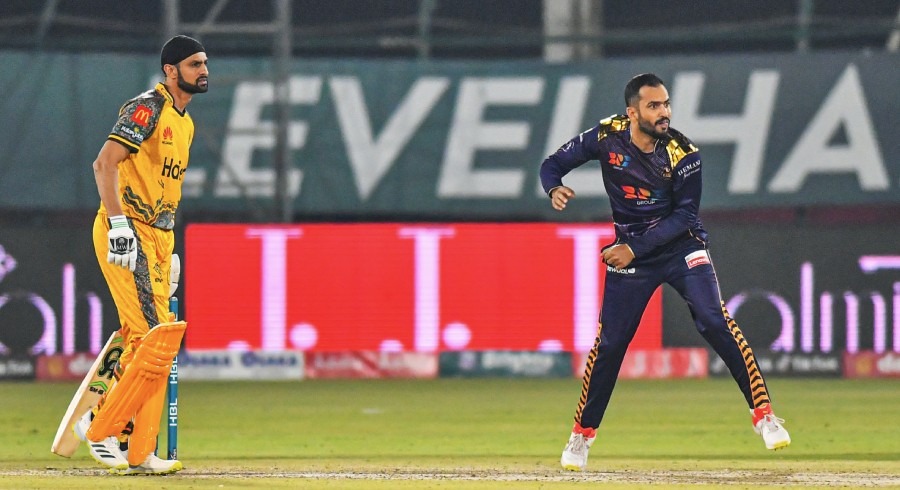 Shoaib Malik leads Peshawar Zalmi to a five-wicket victory against Quetta Gladiators in a thrilling match.

Quetta Gladiators, batting first, put up 190 runs on the board thanks to a record-breaking opening partnership from Will Smeed and Ahsan Ali of 155 runs.

The 20-year-old Smeed fell three runs short of a maiden century as he returned to the pavilion on unbeaten 97 runs. His opening partner, Ahsan, supported him well as he departed after adding 73 runs.

Usman Qadir and Sameen Gul were the only ones who found success with the ball as they both took two wickets each.

In return, Peshawar Zalmi chased down the 191-run target in 19.4 overs, thanks to a fantastic inning from veteran Shoaib Malik.

Although Zalmi started well but Mohammad Nawaz proved to be on Quetta's case as he dismissed the top-three batters.

Struggling at 77-3, Hussain Talat joined Shoaib Malik in the middle and both players built a partnership that took the game away from the Gladiators.

Talat departed after making a 29-ball half-century which left Malik the task to finish the game off. Malik scored 48-runs from 32 deliveries which included four maximums and a boundary.

James Faulkner and Naseem Shah both picked up a wicket each alongside Nawaz, who finished with 44-3 from his four overs.