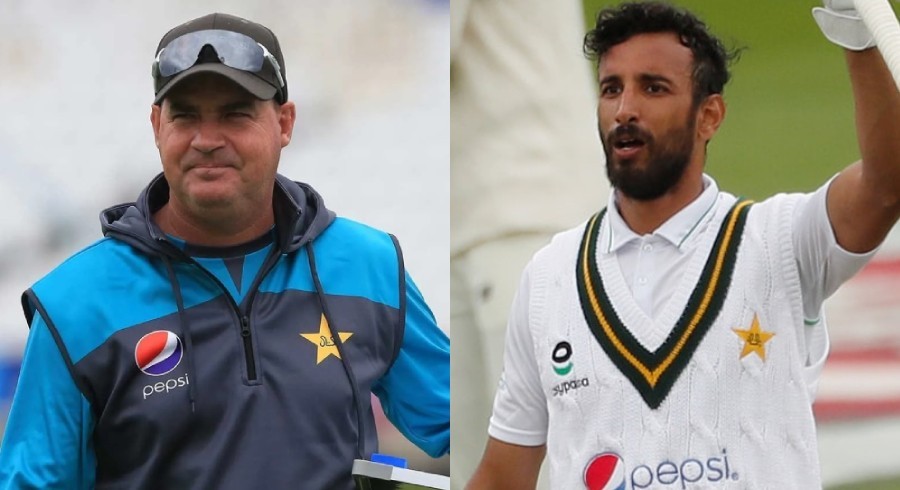 Shan Masood has gathered a lot of praise for his recent performances in the English County and the latest to shower him with praise is Pakistan's former coach and current Derbyshire head coach, Mickey Arthur.

The left-hander continued his remarkable form with 49 and 98 against Middlesex as Derbyshire registered a comprehensive 6-wicket victory.

Speaking about Shan's performances, Arthur said that the left-hander has the ability to put the pressure back onto the bowlers and that it is important to have such players on the team.

"Shan has led our batting unit but on the back of that, you get so many good performances from different players as they’re playing with less pressure. Shan has the ability to put pressure back on the bowlers which makes it a lot better for other batters," said Mickey Arthur.

Shan remains the leading run-scorer in County Championship Division Two with 991 runs. The left-hander managed it in 11 innings at an average of 90.09 and has also struck the most number of boundaries across the board.