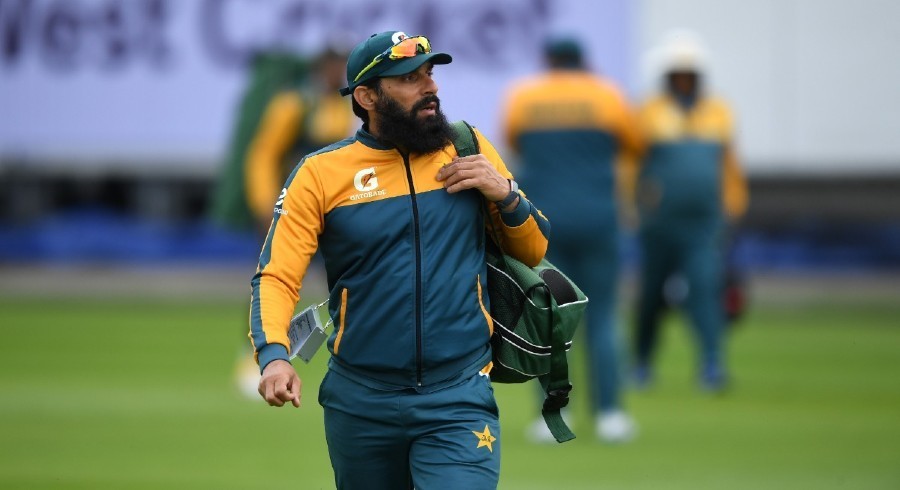 Pakistan head coach Misbahul Haq has admitted that he can’t defend the Men in Green’s performance after they were whitewashed 3-0 by England in the ODI series.

While speaking in a virtual press conference on Wednesday, Misbah said that Pakistan wasn’t able to adapt to the conditions and blamed the lapses in fielding department for the series loss.

ALSO READ: Isolation over, Morgan back in England squad for Pakistan T20Is

"If you look back, we won the home series against South Africa and the away series too. I think all the departments, be it batting, bowling or fielding. It feels like we have come back to the point from where we started. We have to just find how we can move on from here and analyze why we performed in this manner. We have been performing well in the last five-six series but we only played PSL in the last few months and over here we looked off-colour. It's a worrying sign for me as well," he said.

Misbah also admitted that Pakistan has been struggling to find reliable middle-order batsmen and had to rely on performances in the PSL to fill that gap.

"Firstly, we need to look at how England has the luxury by having a pool of players, I think they are lucky and they have a lot of choices. We at certain positions have limitations. We have limitations in the middle order and there are a few spaces that for a very long time we don't have settled players," he said.

"According to the team's requirement, sometimes players come earlier in the team than they should. If you have many choices available and players are coming from domestic after scoring big runs, then we prefer those. If we need certain players then we sometimes have to pick from PSL," he added.