Mohammad Hasnain ruled out of next BBL game 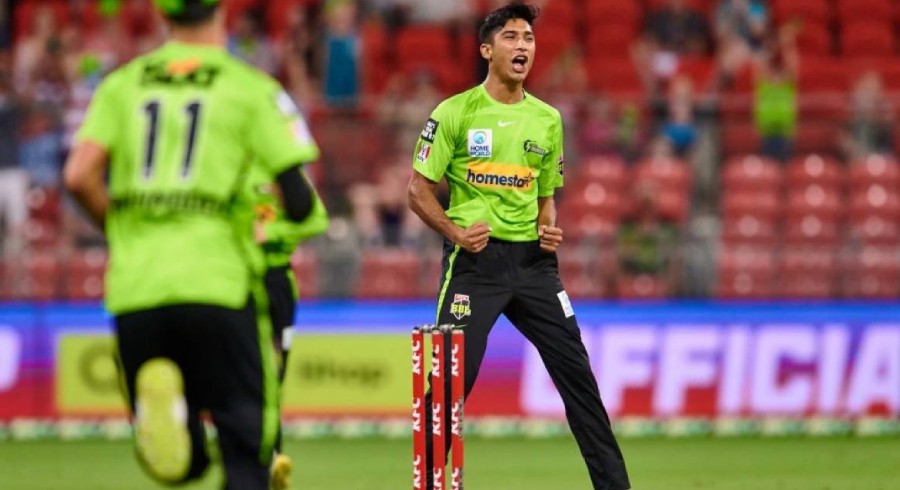 Pakistan speedster Mohammad Hasnain has been ruled out of Sydney Thunder's next game against Perth Scorchers tomorrow due to Covid-19 border restrictions.

The pacer joined Sydney earlier for his debut Big Bash League (BBL) season; he played a crucial role in the team's victory in the previous match as Hasnain picked up three wickets in four overs and conceded only 20 runs.

His triple-wicket maiden set Hasnain up for a huge roar on the global stage after being in and out of Pakistan's national team.

Hasnain became the first-ever bowler in the history of BBL to take three wickets in their opening over of the match.

Sydney Thunder will miss Hasnain's grit on the field as they will be forced to leave him out of the squad.

“Pace bowler Muhammad Hasnain — who took three wickets in the first over of his BBL debut during Thunder’s last win over Adelaide — is unavailable for the match against Perth due to Queensland border restrictions,” Sydney Thunder said in a press release.

“The 21-year-old is preparing to join the squad when it arrives in Melbourne later this week,” it added.