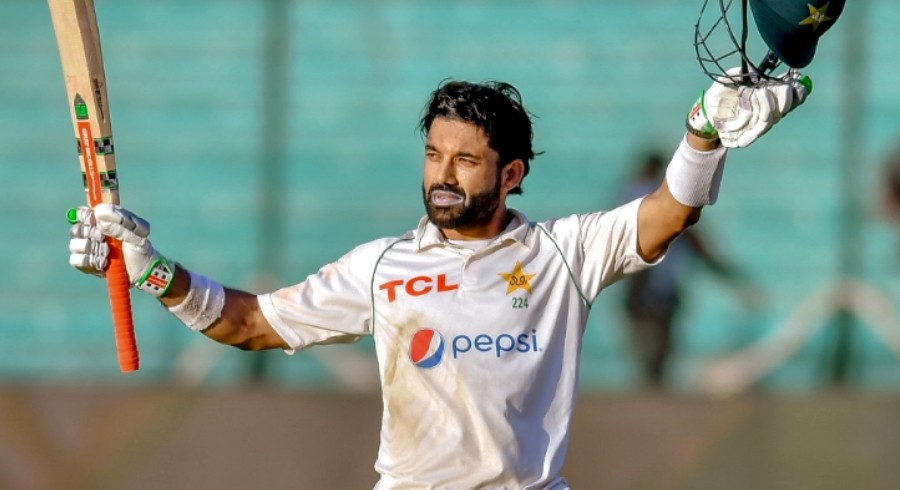 Talented Mohammad Rizwan has become only the second wicketkeeper in Pakistan cricket's history to score a century in the fourth innings of a Test match.

The first person to achieve this feat was legendary Moin Khan, who scored an unbeaten 117 against a touring Sri Lanka side at Jinnah Stadium, Sialkot.

Pakistan were set a target of 357 runs but the home side fell short by 144 runs despite Moin Khan's heroics; no other batter managed a score of 30+ during the chase.

Mohammad Rizwan, who remains a crowd favorite, showcased his skills while chasing a massive 506-run target against Australia.

Struggling at 277-4, Rizwan joined the skipper Babar Azam at the crease and managed a 115-run partnership which led Pakistan to earn a famous draw at National Stadium Karachi.

Nathan Lyon took wickets of Babar Azam and Faheem Ashraf on back-to-back deliveries and later removed Sajid Khan to pile on the pressure.

Mohammad Rizwan withstood the pressure as he remained unbeaten on 104 runs and was supported by Nauman Ali from the other end.