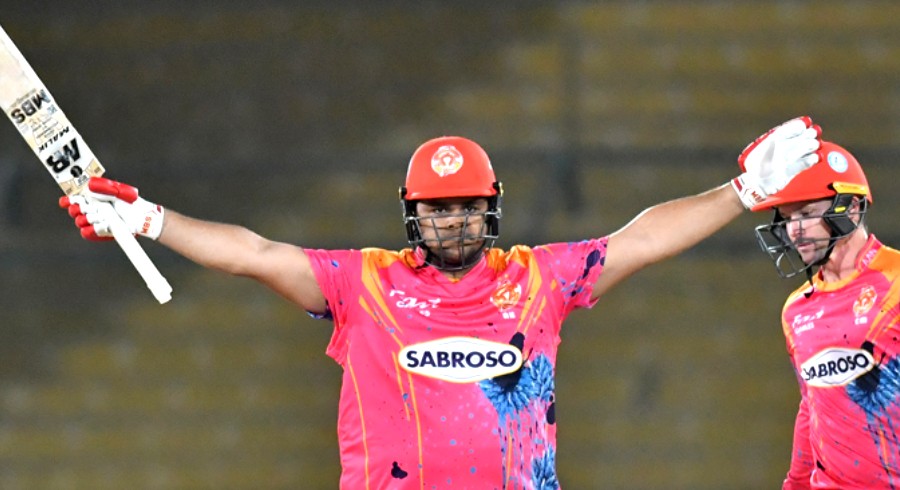 Quetta Gladiators, earlier in the season, traded Azam Khan to Islamabad United to cement Sarfaraz Ahmed's position as their number one choice for wicketkeeper ahead of the PSL 7 campaign.

"Neither myself nor Nadeem bhai wanted to trade Azam but we both recognised that it was important for his growth to join a team where he was featuring regularly and with Sarfaraz as our number one choice wicketkeeper, we could not offer that," said Moin Khan in an exclusive interview with Cricket Pakistan.

Azam Khan came up against his father's team in Match 10 of HBL PSL 7 where he showcased his ability to take the game away from the opposition.

The power hitter scored 65 off 35 which included two boundaries and six maximums. Azam maintained a strike rate of 185.71 to help Islamabad reach a mammoth 229-run total.

"As a father, you never want your child to fail. However, on the other hand, I was the head coach of Quetta Gladiators and my allegiance lay with my team as well," Moin added.

Khan further said that Azam was allowed to smash sixes mainly due to poor bowling from Quetta Gladiators.

"Afridi was having an off day and Azam was being allowed to hit for free. You cannot guide the bowlers on what line and length to maintain during a game because plans are put in place during the planning phase pre-game. However, take nothing away from how he performed because it was an amazing inning," he further added.

Islamabad United eventually registered a 43-run victory after Quetta Gladiators were bundled over for 186 runs.