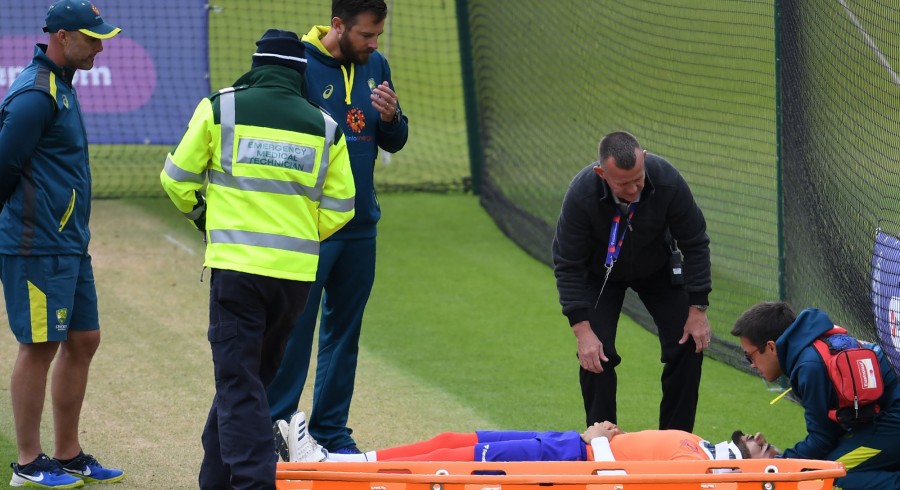 Australia halted their practice session at the Oval on Saturday after opening batsman David Warner hit a net bowler on the head with a powerful drive.

Warner was middling the ball in the nets ahead of the World Cup match against India on Sunday and one of his drives felled the paceman.

The batsman rushed to the aid of the bowler, who lay flat on the practice pitch as his visibly concerned team-mates stopped their session.

The Australian physio attended to the bowler, identified as Jaykishan Plaha, who was taken off on a stretcher to a medical room at the ground.

One of Plaha's fellow net bowlers told AFP the injured player was conscious and the session subsequently resumed.

International Cricket Council venue manager Michael Gibson told reporters: "The net bowler has been taken to hospital as a precautionary measure because it was a head injury. He was conscious and smiling as he was taken off."

The Aaron Finch-led team, who have won both of their games at the World Cup, are looking to defend their crown.

Finch said Warner was "shaken up" by the incident.

"Dave is obviously pretty shaken up. The young guy (Plaha) is in pretty good spirits at the moment. He has obviously been taken to the hospital to be assessed that everything is OK," said Finch

"It was a pretty decent hit, so hopefully everything goes well for the youngster and he is up and running shortly."

On the issue of more protection on grounds around the world for net bowlers, Finch said, "It's quite rare that somebody gets hit, it's really unfortunate. Our own medical staff and the paramedics on the ground did a great job."

Australian cricket was plunged into mourning in 2014 when Test batsman Phillip Hughes died after being hit on the base of the skull during a domestic match.

Warner was playing in that match, between New South Wales and South Australia.