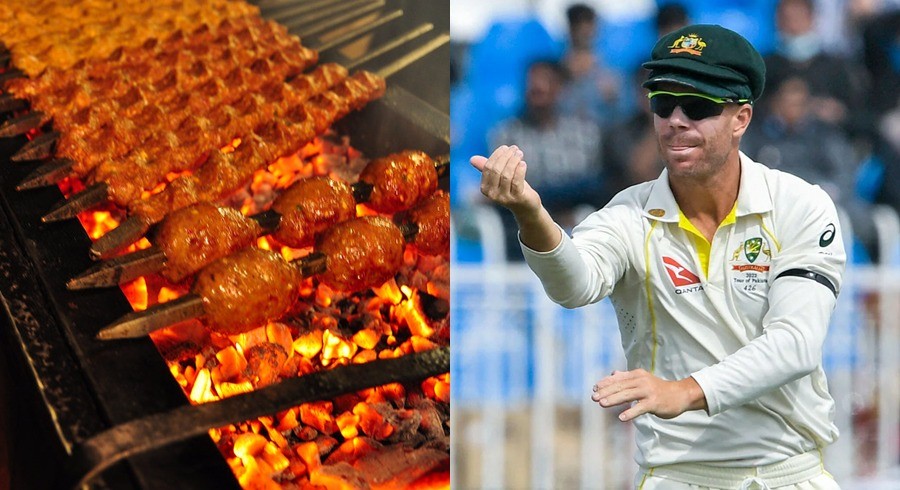 Australia star batter David Warner has recalled his visit to Pakistan a few months back and revealed he never had so much BBQ ever in his life.

Australia toured Pakistan for three Tests, three ODIs and a T20I. It was for the first time Australia had travelled to the country.

Speaking to Fox Cricket, the 35-year-old also heaped praise on the love and hospitality the side received throughout the tour.

"The hospitality in Pakistan was second to none, and I have never had so much BBQ ever in my life," Warner said.

Warner also opened up on his stare down with Shaheen Shah Afridi during the final Test match of the series in Lahore.

Warner had waved off Shaheen Shah Afridi's quick bowling, the bowler had an eye-to-eye with the left-handed batter on the wicket, however, after the game, he shared a story on Instagram where the duo can be seen hugging each other.

"Look, he [Shaheen] is a big gentle giant. It was like looking at Big Ben. He has a lot of character and bowls with pace."

"It was a series that needed to be, and I am glad I was part of it. We were a little bit scared initially, but we had a lot of conferences in the communication with Cricket Australia, the Australia High Commission, and the Pakistani government. It was a great series to be a part of," he added.

Australia managed to win the Test series by 1-0 while Pakistan bagged the ODI series 2-1. The visitors claimed a win in a one-off T20I.