Pakistan Cricket Board in Sylhet 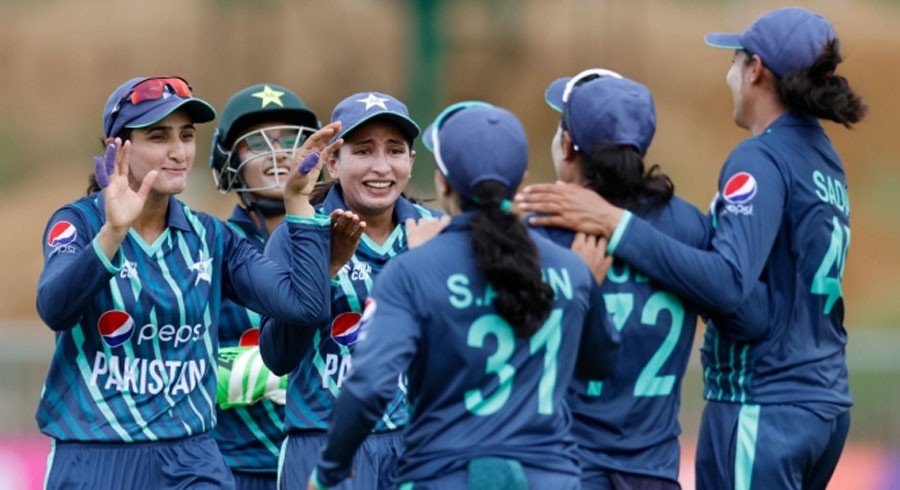 Pakistan beat Bangladesh by nine wickets to win their second match in as many outings in the ACC Women’s T20 Asia Cup at the Sylhet International Cricket Stadium (SICS) on Monday morning.

Today’s win against the defending champions Bangladesh put Pakistan at the top of the points table with four points. They will now face Thailand on Thursday, 6 October at the SICS Ground 1. The match will be broadcast live on PTV Sports, the first ball will be bowled at 0800 PKT.

Pakistan’s Bismah Maroof decision to bowl first after winning the toss paid dividends in the first over like yesterday’s match as right-arm fast Diana Baig dismissed Shamima Sultana for one. Spinners once again came into play, Nida Dar (4-0-19-2), Omaima Sohail (1-0-4-1) and Sadia Iqbal (4-1-10-1) shared four wickets between them. Diana bagged two wickets for 11 runs from three overs to restrict the hosts to 70 for eight in 20 overs. The match was stopped for a while in the 18th over due to rain, but resumed shortly without losing any overs in the match.

In reply, the openers provided a solid 49-run partnership for the first wicket. The pair of Muneeba Ali and Sidra Amin scored 40 runs in the powerplay which included five fours. Muneeba was the only batter to return back to the pavilion, scoring 14 off 19, hitting one four. The right-handed Sidra – who was included in the squad in place of Iram Javed, returned undefeated on a 35-ball 36, smashing four boundaries and was named player of the match. Bismah scored an unbeaten 12 off 20 and helped the side chased down the target in the 13th over.