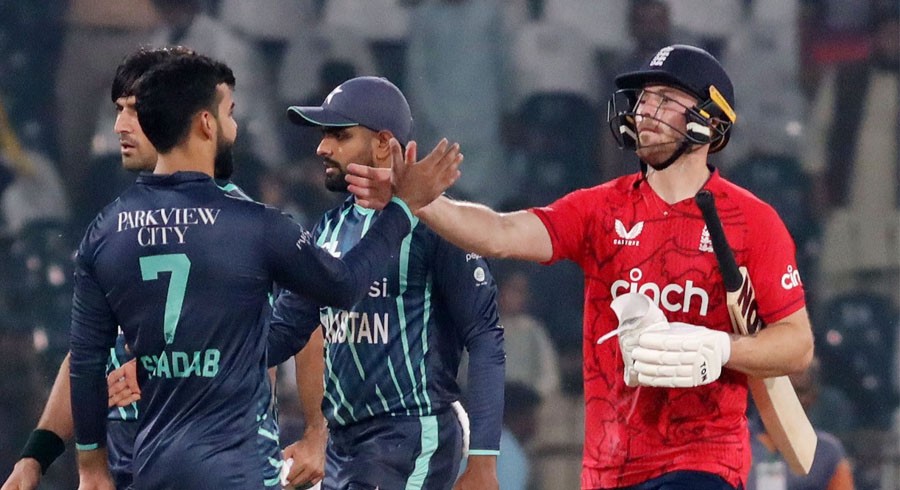 The teams of Pakistan and England will fly to Dubai together immediately after featuring in the last and seventh match of the T20I series in Lahore on Sunday, October 2.

According to details, England T20 World Cup-bound players will fly to Australia from Dubai while others will travel back home.

Meanwhile, Pakistan's next destination is Christchurch, New Zealand, where they will play triangular series. The third team is Bangladesh and the tournament is scheduled to be held from October 7 to 14.

On the other hand, England will play three-match T20I series from October 9 to 14 against Australia.

England and Pakistan will meet again in ICC T20 World Cup warm-up fixture on October 17 at the Gabba, Brisbane.