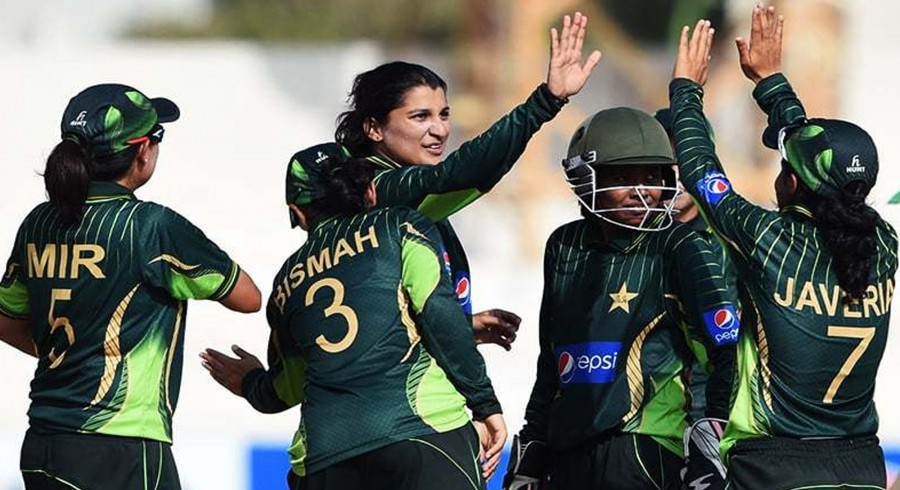 Nashra Sandhu hit a six off the penultimate ball of the match and then took a single off the final ball, with two runs needed, to lead Pakistan to a dramatic tie in the third and final ODI against South Africa at the Willowmoore Park, Benoni on Sunday.

The result meant that the two teams shared the three match ODI series 1-1. At the end of the series Pakistan occupy the fifth spot in the ICC Women’s Championship rankings with 15 points from as many games, one more than New Zealand who have 14 points.

Chasing 266 runs for an improbable win, Pakistan batters led by Javeria Khan, 74 off 103 balls with the help of nine fours, and Aliya Riaz, 71 off 82 balls including six fours and three sixes, fought back brilliantly after a stuttering start. The duo added 74 runs for the fifth wicket after Pakistan had been reduced to 91 for four in the 24th over.

Aliya added 32 for the sixth wicket with Umaima Sohail, 16 off 13 balls, and 46 for the seventh wicket with Sana Mir, 16 off 14 balls, to keep Pakistan in the hunt. Aliya was the eight wicket to fall with the visitors still needing 17 to win.

Aiman Anwar was run out, leaving the last pair of Nashra and Sidra Nawaz with the task of 11 runs off four balls, soon after, Nashra’s heroics sealed a thrilling tie for Pakistan.

Earlier, South Africa posted 265 runs for the loss of six wickets in their allotted 50 overs, after Pakistan captain Bismah Maroof won the toss and opted to field first.

Sana Mir took the 147th wicket of her career to become the highest wicket-taking spinner in women’s ODIs. Sana dismissed South Africa captain Sune Luus in her 10th and final over, 49th of the South Africa innings.

South Africa openers Lizelle Lee, 57 off 61 balls, and Laura Wolvaardt, 56 off 84 balls, added 75 runs for the first wicket in 15.1 overs. Aliya took two quick wickets sending back Lee and Andrie Steyn (9) with the total at 90 after 20 overs.

Wolvaardt added 60 runs with Luus who top-scored for her team with an 84-ball 80 that included six fours and two sixes. After Wolvaardt and Mignon du Preez’s (15) departure, Luus found good support in Chloe Tryon who made a quickfire 28 off 15 balls.

For Pakistan, Aliya with figures of 10-1-49-2 was the most successful bowler, Aimen Anwar, Nida Dar and Sana took a wicket each.