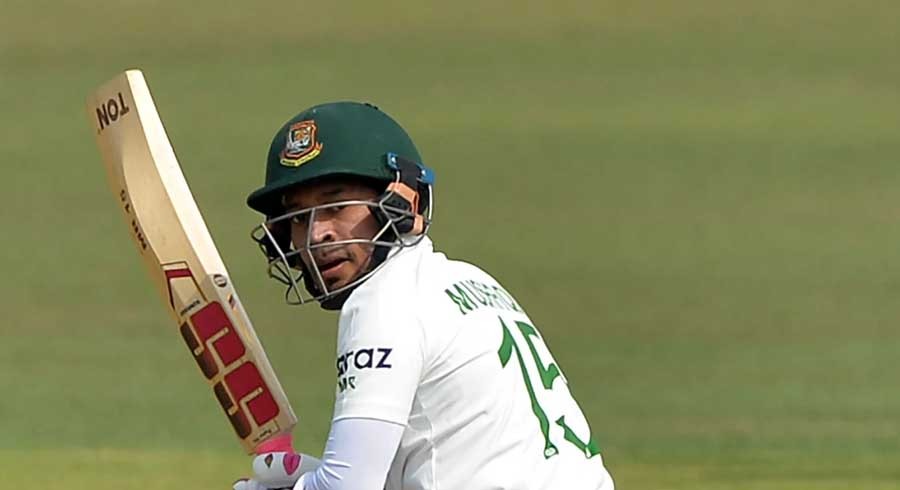 Bangladesh fought back brilliantly after a horrible first session as they reached 171/4 at Tea on day one of the opening Test in Chattogram.

Senior batter Mushfiqur Rahim and wicketkeeper Liton Das recovered from 49/4 and added 102 runs in the second session to even things out. Both the batters knew their target of attack as they scored at above three runs per over.

The duo is unbeaten at 122-runs stand with Mushfiqur batting at 55* (122) while Liton was at 62* (136). Earlier, Pakistan took full advantage of the conditions as they reduced Bangladesh to 69/4 at the end of the first session.

After opting to bat first, the home side came up with an aggressive approach but lost wickets at regular intervals.

Left-arm pacer Shaheen Shah bagged the first wicket as he bowled a short delivery which was unplayable for Saif Hasan. Abid Ali fielding at short leg took a smart catch. Saif made 14 off 12 balls.

Shaheen's partner Hasan Ali joined the party and removed Shadman Islam from the other end. Shadman, who also scored 14, opted for a review but it was all three reds for Hasan.

Pakistan skipper Babar Azam introduced off-spinner Sajid Khan who instantly produced dismissal. Bangladesh captain Mominul Haque (6) edged the ball but the umpire didn't give out. The visitors reviewed it and it showed a feather touch at UltraEdge.

Bangladesh were left teetering after Sajid took a great catch diving to his left while fielding at point. The curse of 14 continued as Najmul Hossain Shanto was the third man to dismiss on this score.

It must be noted that Pakistan handed Test debut to Abdullah Shafique while Yasir Ali was handed Test cap by Bangladesh at the start of the opening Test.